Give Up Tomorrow (2011) (The first Tribeca Film Festival review) 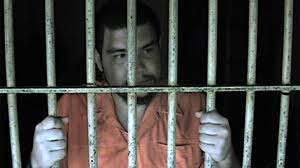 As you know I've been going to press screenings for the Tribeca Film Festival for the last few weeks. I've got reviews of everything I've seen in the cue for closer to the actual festival. That was the plan until I saw the film Give Up Tomorrow and I had to write it up NOW.

This is one of the best films I've seen this year. It's also the most important film I've seen.

The film is the story of Paco Larranaga. He was arrested and convicted, along with six other people, for the kidnap and murder of the Chong sisters. The body of one of them (possibly, maybe it was her body) was found at the bottom of a ravine. The people in the country were horrified and the persons responsible had to be found.

The trouble was they got the wrong guys.

First off it wasn't clear whose body was found. Next, most of the people arrested never met before and they were supposed to have gang-raped the girls. The real kicker was that Paco, supposed leader of the group, could be proven via photographs, official records and eyewitness testimony to be 350 miles away at the time of the kidnapping and murder. No one ever looked into the fact that the girl's father had broken with his boss, and was going to testify against him. Oh yeah, and the boss was a well known drug dealer with connections to people in the police and government, and once the girls went missing the father changed his mind about testifying.

There's more; a lot more. More than you can ever imagine. The film has revelations from start to finish and it gets so that you almost feel like you're drowning. This film will blow your mind at how wrong things can go and how stupid, blind, and corrupt people will be. And trust me, after 95 minutes your mind will be blown.

I was horrified. I was shaking.

This bullshit has been going on for 17 years...and it's still not over with, because a development that was supposed to free Paco is actually keeping him in prison with a truly mind boggling Kafka-esque twist.

This is a film that lays out clearly why this case is the new definition of miscarriage.

This is a must see film on any number of levels. On one level it's a good, if horrifying story; on another it's a film that will spur you to take action; and lastly this will make you thankful that most of the world's justice systems are not this horribly out of whack.

I don't know what else to say. You need to see this film; yes because it's good, but also because this sort of bullshit can not be allowed to happen to anyone anywhere.
Posted by Steve Kopian at April 17, 2011