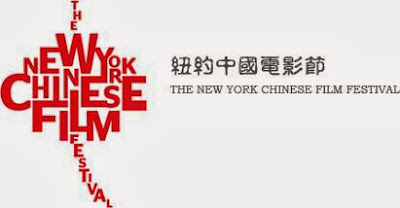 Just a reminder that the New York Chinese Film Festival starts Tuesday. One of the great little known secrets of New York the film festival brings big stars of Chinese cinema to New York to come and showcase their films. This year they are havingVicky Zhao Wei, Miriam Yeung, Wu Xiubo, Wesley Wong and Donnie Yen.. All are appearing with their films.

The festival starts Tuesday with a big to do at Alice Tully Hall and then it moves down to the AMC 25 in Times Square for two days of films, before ending with a big party Thursday night at Capitale.

Yes I know the midweek running is going to make it tough to get there for some of the films, but trust me it’s worth the effort. I’m currently trying to bend my schedule to get there.(Coverage is coming, I’m not sure how much because of the day job)

So Young (Opening Night Presentation at Lincoln Center’s Alice Tully Hall, 8:00pm) – Directed by Vicky Zhao Wei. So Young is the debut directorial effort of the renowned Chinese actress Vicky Zhao Wei. It is based on the best-selling novel "To Our Youth that is Fading Away" by Xin YiwuIt, adapted by Li Qiang ("The Postmodern Life of My Aunt") and produced by Stanley Kwan. It is a film about the love, joy, and pain of a group of young students in their school days and their harsh confrontation with the realities and a lament on the loss of youth to adulthood. Attending the Festival will be Director Zhao Wei.

Sorry, I Love You (Presented at the AMC Empire 25. Wednesday, November 6 at 11:00am) – Directed by Larry Yang. With only six months to live, Walker decides to leave Vancouver to go back to China, where he was born and adopted and go look for his biological parents and twin sister. With the aid of Encai, a girl he once helped, he tries to find his family but they start falling in love with each other very quickly. With only six months to live, Walker will have to make important decisions to make his loved one’s life complete. Attending the Festival will be Director Larry Yang, Actor Wesley Wong and Producer Hang Hon.

Finding Mr. Right (Presented at the AMC Empire 25, Wednesday, November 6 at 2:00pm) – Directed by Xue Xiaolu (“Ocean Heaven”). City girl Jiajia is traveling to Seattle to give birth to the son who's going to help her win over her rich, married boyfriend. Armed with his unlimited credit card and the singular goal of bringing a little U.S. citizen back to Beijing, Jiajia knows how to play this game of modern love. But when Jiajia arrives in Seattle, nothing goes right: she's stuck sharing a small house with two other pregnant ladies, she has trouble reaching her boyfriend on the phone, and eventually, even the credit card stops working. To top that off, the only person willing to spend time with her is her driver Frank. Frank is the opposite of everything she ever wanted in a man... or could he be exactly the kind of guy she really needs. Attending the Festival will be Actor Wu Xiubo.

Love Undercover (Presented at the AMC Empire 25, Wednesday, November 6 at 4:30pm) – Directed by Joe Ma. Fong (Miriam Yeung), fresh out of the Police Training School is only allowed to work on some trivial missions in the police station after graduation. Fortunately, she is soon assigned to work undercover as a waitress. She needs to get close enough to a gangster's son so that she can plant a microphone at a table where the gangsters make their deals. Complications arise when she finds herself falling for him. Attending the Festival will be Actress Miriam Yeung.

Love in the Buff (Presented at the AMC Empire 25, Wednesday, November 6 at 7:30pm) – Directed by Pang Ho-Cheung. In this sequel to the hit movie Love in a Puff, former lovers Jimmy and Cherie start a new life in Beijing after they ended their relationship. Despite meeting someone else, they can’t seem to forget each other and are torn between fidelity towards their new partners and following their hearts. Attending the Festival will be Actress Miriam Yeung

IP Man (Presented at the AMC Empire 25, Thursday, November 7 at 11:00am) – Directed by Wilson Yip. This is the story of IP Man, a legendary Wing Chun Kung Fu master set in Foshan, China in the 1930s. IP Man becomes a hero and creates a craze for Wing Chun. During the Japanese invasion, General Miura, a fanatical practitioner in martial arts, demands that IP Man teach Wing Chun martial arts to the Japanese Army, but IP Man refuses and takes up Miura’s challenge. A fierce fight is going to start…. Attending the Festival will be Actor Donnie Yen.

Special ID (Presented at the AMC Empire 25, Thursday, November 7 at 2:00pm) – Directed by Clarence Fok Yiu-leung. A cop and his team of comrades go undercover in one of China's most ruthless underworld organizations to stop a gang leader, only to put themselves in great danger after being exposed one by one. Attending the Festival will be Actor Donnie Yen.

For further information and tickets to all the above films (including Opening Night) please visit the Chinese American Arts Council site at www.caacarts.org or the New York Chinese Film Festival site at www.nycff.org
Posted by Steve Kopian at October 30, 2013