Authenticating Anguish: an interview with Oh Seung-uk, director of THE SHAMELESS (South Korea, 2014) 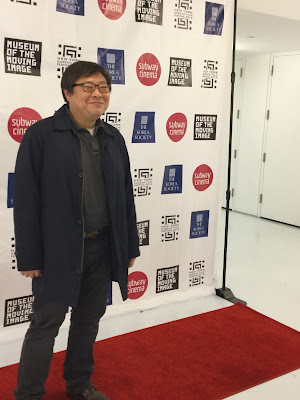 The film that hit me hardest among those shown at the 2015 New York Korean Film Festival was Oh Seung-uk’s THE SHAMELESS. I’ve noticed some bones being made about his acclaimed debut in 2000, Kilamanjaro, and unfavorable comparisons drawn with this long awaited followup. Full disclosure, I’ve yet to see the director’s debut, but I cannot imagine it could have dampened my affinity for his recent follow up. Its slowly circling narrative about characters trapped by their vice-laden surroundings had a hypnotic effect along with visuals that truly seared themselves on the brain, making it the one film I knew would be essential to watch again in a state of the art theater.

I had a chance to speak to the director right before the film’s New York premiere. It was not without trepidation that I prepared to speak with the esteemed veteran. But I need not have worried. It took only a few simple questions to get the garrulous director, himself full of character, to go into great lengths about his process and experiences around making this moody film as genuine a crime drama as possible. Below is an approximation of our talk.

Mondocurry: I understand that you have been teaching filmmaking at a university. Was there an inspiration to return to filmmaking?

Oh Seung-uk: I’ve been teaching for about 12 years and it is more like a survival job for me because I have to pay the bills. The place where I’ve taught filmmaking is the Korean Film Academy, which is a government funded institution. My role is more like that of a filmmaking coach rather than an academic professor. I did have a gap of 12 years between this film and my last, but during that time it was not like I was totally removed from filmmaking. I kept on writing my own screenplays. Although some of my projects fell through, I’ve kept writing them for myself as well as other directors. So I don't feel like it has been a complete gap.

MC: Was there something crucial to getting the making of THE SHAMELESS underway?

OS: I have this sort of distinctive work process where in the beginning I work with the art director of the film. The art director I’ve worked with has been a close friend of mine for fifteen years. For this film I was also adamant about working with him. I started writing the screenplay around 2006 and from that time I was with the art director and we would talk together and find locations and design sets together. If I don't see the location and the space where I am going to be filming first, it’s kind of hard for me to actually start the screenwriting process. Even while screenwriting I would talk with him and exchange ideas. Meanwhile, I had been meeting new staff members and new crewmembers.

MC: There are indeed many intriguing views of the surroundings throughout the film. Is the story set in Seoul?

OS: On a macro level, the whole film takes place in Seoul. But I had a concept that as these characters descend more and more into their own destruction, they are pushed away into the more surrounding parts of Seoul. Satellite cities such as Incheon and Seongnam are the places where the characters slowly descend into their destruction. These characters start out in the main city and then are slowly pushed away.

For the character Kim Hye-kyung, we had the places where she was living in Seongnam but there came a point that we couldn't film there so we had to find a place that resembled Seongnam the most and film there. There was also the last scene, where the lead character is walking out. That was supposed to be filmed in Incheon, but circumstances prevented us from filming there so we found a place that was really on the outskirts of Seoul and filmed there. We had to play along with the locations we had. But I wanted the actual addresses in the film to match the onset locations.

MC: The movie has a kind of calm suspense, not as much action as a typical South Korean action movie. Was this something you were conscious of?

OS: It was kind of my philosophy that in order to best express the pain and suffering that human beings are going through is to not use cheap tricks on screen. I feel that the realistic way is to never go over the top or embellish anything. I also wanted the overall feel of this film to be rough around the edges. I think the biggest reason I could achieve this was because I had talked with the actors and DP about the process I wanted. I made it clear that I wanted the characters to only move around at 2 or 3 in the morning or sunset. There is no sun when these people are out and about. That was a priority so we would film when there was no sun.

MC: It also feels as though it is a very realistic depiction of underworld activity. How did you research your subjects?

OS: It was like going through endless interviews with actual people. In the case of interviewing the detectives I felt that if I tried to interview them directly they wouldn't open up to me. So I sent the smartest and cutest assistants that I had to them and they went undercover and talked to them. For interviewing gang members I did that myself because it’s dangerous, and I like dangerous stuff. In the case of the hostess bars, I actually interviewed a lot of men who had experience living with some of the hostesses at the bars and I also interviewed a lot of the hostesses themselves. So a lot of the lines in the film originated from what they really said and several details come from that as well. You can see there are cigarette burns over here (gestures to arm) and that actually comes from personal experience of talking to some of these women. I actually met a lot of women who had descended into this hellhole of a world to really go through the details.

One of the really striking things that I experienced while I was researching for this film was that one of the women I interviewed who really was a part of this underworld asked me: do you know what my number one weapon is when dealing with people who are shady and always lying? And she told me that her number one weapon was honesty. In a world where everyone is lying and cheating and dishonest, she said honesty was her biggest weapon. You can see in the film the character Kim Hye-kyung never lies. All she says is the truth.

MC: The aspect of the film’s plot involving pheromones used as an interrogation method was very unusual…. Did this also come from research?

OS: That actually all came from interviews I had done ten years ago. Those are all based on real life events that cops had told me about. Actually the detective who used pheromones is the guy who this whole film was mostly based on. I based the character on him because he would use pheromones to get confessions out of women. He was this really tall guy, looked like Song Seung-hun who is a really tall popular actor. So he would only wear really luxurious items and was very captivating. The film was actually spawned from that character. 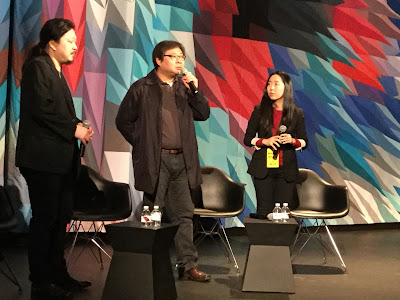 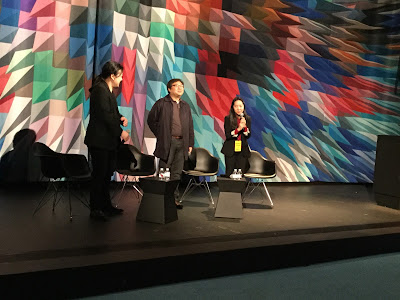 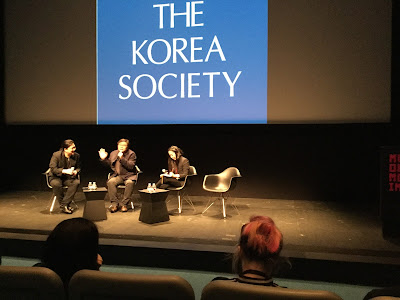 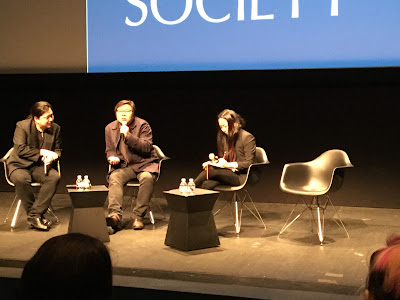