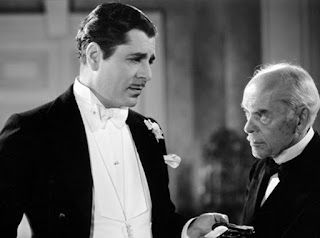 Warner Baxter plays a diplomat who is blocking a treaty that will mean war and all sorts of nastiness. His opponents want him out of the way so they kill him. Unfortunately a scientist has the ability to bring back the dead for 6 hours and he brings back Baxter who lives life to the fullest while trying to stop the bad guys.

Good little scifi film about what it means to be alive and and other notions. I love how this film is about way more than just the the main plot. There are all these little ideas bouncing around that are nicely refreshing to see. Its a smart little film that seems lost to the ages, which is sad since it's a neat little film.