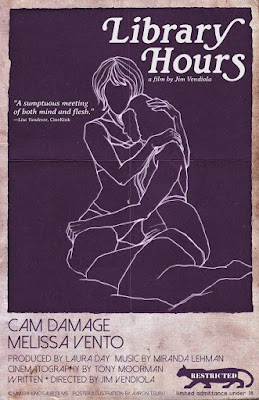 Jim Vendiola's film VIOLETS blew me away wen I saw it three years ago. It was a creepy little confection that has stayed with me ever since. When I was offered a chance to Vendiola's latest film I didn't hesitate I simply said "yes", because the lure of seeing what a talented filmmaker has cooked up is too great to pass up.

Decidedly not for all tastes, thanks to the subject matter and literary feel. While the film is not graphic it is erotically charged and its some what intense nature may frustrate or over whelm some viewers who don't like this sort of a thing. Additionally the construction of the film mirrors that of a finely detailed short story so it doesn't move and end as a novel or a film of greater length. Nothing I just said should be taken as a knock against the film only a warning that some viewers may not click with the film.

For me the best part of the film is the first half which is made up of the correspondence between the women. I'm a sucker for great word play and intelligent correspondence and the letters that pass between the pair are so wonderfully filled with longing and barely hidden sex that when the words go away in the second half I kind of felt let down. Its's not that there is anything wrong with the second half simply that the words and images were much sexier and powerful than just the images since they revealed a deeper longing missing in the straight forward second half.

This is a neat little confection certain to put the right audience in the mood and as such it is very recommended if you get a chance to see the film now that it has started it's tour of the festival circuit. 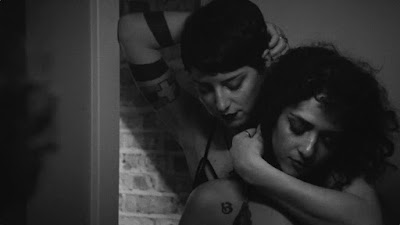