The Family I Had (2017) plays on Investigation Discovery tomorrow 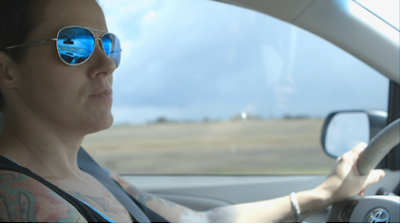 I saw the FAMILY I HAD  at Tribeca where it was one of the best films of the fest. With the film hitting TV tomorrow I'm reposting my review.

THE FAMILY I HAD is a punch in the face. This is one of those stories that will leave you broken and shaken and thankful that this isn’t your family. It’s a film that will shock you with its revelations which keep coming until the end credits. There are so many twists that several people in the audience I saw this with were sitting in their seat even after the film ended waiting for the post credits sequence which changes everything.

The film begins with the day that 13 year old Paris Bennett stabbed his 4 year old sister 17 times before calling the police to say that he had killed someone. From there it spins out as a portrait of a dysfunctional family in crisis. We watch as we see what lead up to the events that night and see how the family and its members are dealing with the fallout still.

While the overriding thing I’ve taken away from the film is a sense that I should be thankful that my own family obviously isn’t that bad. all things considered, this film is a damning look at the criminal justice system. Paris went to jail when he was 13 and he will be there until he is at least 33. As his mother has said he may or may not have been sociopathic when he went in, he most certainly is now because that was how he had to be to survive. What has been gotten out of Paris being in a cage for two decades without help? Looking into Paris’s eyes you can see the darkness dancing behind them.

The film is also a striking call to reconsider how we raise our kids. Not to give too much away the trouble that lead to the murder was set in motion a generation earlier with the tension between Paris’s mom and grandmother. Had they made different choices things may have gone differently. No one is without blame.

I don’t know what to say beyond see this film. Buy a ticket. Belt yourself in and go for it. The emotional punch from this film is killer and its after effect is to leave you staggering about for hours afterward.

One of Tribeca's best and an absolute must see
Posted by Steve Kopian at December 20, 2017