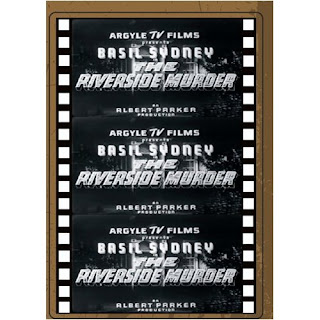 A rich man is killed in his home. There appears to be no reason for the murder, however there are several suspects: the housekeeper, two house guests, and a mysterious woman who left just before the murder. The Police dispatch two detectives to take charge of the case and it soon transpires that there is ample reason for numerous people to bump off the dead man.

This is one of those mystery movies that you'd watch even if the mystery wasn't good, simply because the characters are so much fun to watch. The detectives in this case are Basil Sydney and Alastair Sim, and they make a fine team. Sydney is a charming detective with a slightly smart-ass style. Watch for how he deals with the small child who's lost his mother, it's very funny. Sim is his second and is typically a bit of a bumbler, but nicely he is not a complete idiot. Mistakes are made but more often then not they are honest ones.

The mystery is a good one with the murder having no apparent motive, then suddenly taking on one, and then turning and twisting as suspects come and go. The plot moves rapidly and we actually get a decent reason why everyone is cooped up in the house where the murder takes place. The side trips outside the crime scene's confines are also logical. I'm also pretty sure that the movie plays fair with the solution, or at least mostly fair (I'm not quite sure because I was tired when I watched this and may have missed something.) This is a grand little movie that seems to have been unjustly lost to the ages. It's a sterling little mystery that's almost in an Agatha Christie sort of way, which isn't surprising since the film is based on a mystery novel of Christie's heyday.

This is a movie to search out and find. It's a movie that belongs in your video player while you have a bag of popcorn and a soda.

Check with Sinister Cinema about getting a copy.
Posted by Steve Kopian at August 27, 2010