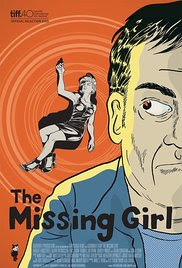 I'm not quite sure what to make of this film.  Going in there was a great deal of buzz from friends and colleagues raving about how great the film was. Its a film that I had to make an effort to see after my initial attempts were met with misfortune. And now that I've seen it I'm kind of at a loss to know why everyone was falling all over themselves about the film.

The plot of the film has to do with late bloomer Mort who owns a comic shop in a small town. He works with Ellen whom he hired three weeks before.  Ellen is an aspiring artist who seems kind of sweet on Mort, who doesn't know what to do, since its clear he is interested in her as well.

Rambling attempt at a slice of life at a comic shop kind of just lays there. The characters are sort of there but what they are given to do doesn't amount to a great deal. Things ramble around in exactly the way things don't in real life. Its not bad, actually some of the exchanges are pretty witty, but none of it is real. The easiest way to explain it is that the film plays like some one connected up a whole bunch of  small inde comic chapbooks. Its separate pieces not a whole story.

Actually the central setting of  the film, the comic book shop never feels real. Its as if the film the director wanted to make an off beat romance and set it in a comics shop to achieve that.The problem is that its written by someone who really hasn't spent any time in a comics shop. I saw this with Eden, who writes on comics and even helps run the SPX comic convention and she was completely apoplectic with how wrong it was  She walked out about half  way in  never to return.

In discussing the film afterward I had said to Eden that I liked the character of Ellen but that she seems to have been lifted from another film. Eden pointed out that the reason I liked her was that she embodied the wish fulfillment of most comic geeks, she is the ideal woman that most male comic fans wanted as their girl friend, smart, loves comics, and sexy enough to have been a stripper. She was dead right.  Ellen is a great character, or would be in another film, but here she simply plays like something that is too much too perfect to be real and probably written by a guy who doesn't really know women.

This isn't a bad film, its just not a great one. its an okay one.

One of the very few disappointing films at the Oxford Film Festival
Posted by Steve Kopian at February 21, 2016