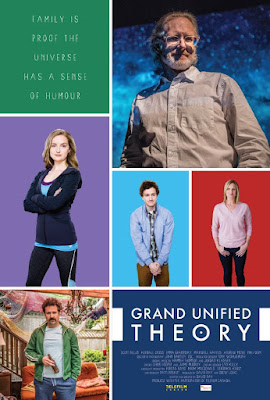 As brilliant astrophysicist prepares for a life changing interview his family life melts down as they head out on a trip.

Cute, funny but terribly knowing comedy is an enjoyable romp. An almost realistic look at the dysfunction of families as viewed through the notion of astrophysics. The film has a great deal to say about the messiness of life and what we all need to get along.

The problem for me is in the writing which in it's strive to be cute and charming drives the film into sitcom territory. While not a sitcom the clever structure of chapters and the insistence on taking an arch and intelligent view of events, as if every word holds a meaning, prevents the film from actually having as much meaning as it would had it been played straight. Adding to the feeling of it being overly constructed is how writer director David Ray arranges everyone in the frame.  The result is the film feels staged instead of happening naturally (watch that perfect Kodak moment near the end with everyone huddled close exactly how real people never do.)

Reservations aside the film is worth seeing tomorrow night when it plays in Kew Gardens. If you want to know why its simply because it made me laugh. For tickets and more information go here.
Posted by Steve Kopian at August 09, 2017