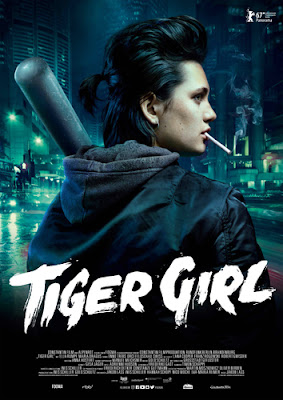 After flunking out of the police academy Margarete studies to be a security guard. When she's in a bar one night one of the police cadets strong arms her into going home with him.  However she is rescued by Tiger, a "take no shit" kind of girl who Margarete had encountered before. Forming a friendship the pair head out to break heads and give pay back in the world.

Genre bending feminist action buddy film TIGER GIRL has much that will delight audiences, chief among them are the two lead characters who put a heavy spin on what we normally think of in buddy films. There is no deep dark reasons for their turn to violence simply a reaction to the world as it is. They are just two intriguing people who occasionally kick people's asses.

Well made and well told there wonderfully no lessons here, just the girls doing what they do...

...which can be a problem as the film comes to a close and the light weightness of some of the turns make this not as satisfying as it should be. Its not that there is anything wrong with what happens, rather it's as weightless as the rest.

I really liked TIGER GIRL a great deal but I wanted to love it even more. 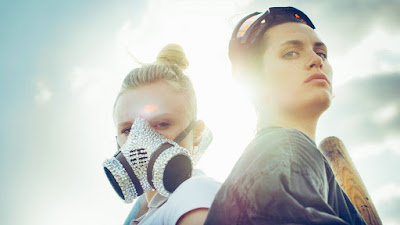