The July crush of festivals is done and as we swing toward fall it’s time to take stock of how the fests fared this year.

The New York Asian Film Festival was good but a bit disappointing. While I will forever remember it as the year I met Eric Tsang I found that most of the films were eminently forgettable. The drift away from genre films toward more dramas resulted in some good films but nothing I really can really remember two weeks after the festival ended. The films I remembered are more the genre films with Fabricated City, Truth Beneath and Saving Sally being my take aways. While I will more than likely tell you “yea that was good” if you run a title ran past me, very few stuck.

However before the NYAFF people disinvite me next year I know what it takes to program the fest since over the years the various programmers have told me stories. I know this was the best of what was offered. Also remember that over the previous 15 years the level of film choices was so impossibly high, topping themselves year after year which was not a sustainable way to go. This merely good year for NYAFF  which would be anyone else’s great year.

Hopefully it will be over the moon next year. As it is it was still one of the best fests of the year, it just wasn’t the best of their run. 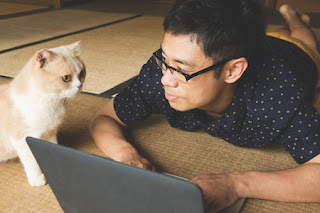 Japan Cuts delighted. Yes my high point was on opening night with my talk with Yoshihiro and Yumi Nakamura, but the films they screened were largely wonderful confections. I liked pretty much everything and look forward to picking a number up for my collection. While the selections were as eclectic as always, none of them seemed out of place. This year the fest seemed to get it’s mojo back after a couple of years wandering around without direction. This fest has me jonesing for next year. 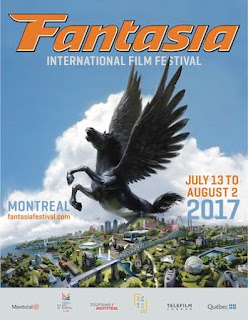 Someday I will get to Fantasia and really make a run at seeing everything- but for now I will simply say that there are too many wonderful films from all over the world and it’s impossible to see them all- even with seeing something like 50 films before the festival even started. 50 films , a whole festival unto itself before and they still ran enough films to fill two more. It was another great year with some real winners. I probably would have been through the roof with the fest had I discovered more films at the fest, but the 50 or so films that were behind me limited what I could see.

As always one of th best cinematic events of the year and delight. I can’t wait until next year.
----

----
And now some random thoughts that were supposed be the starts of essay but haven't gone anywhere
----
It makes me weary seeing so many films that you will either never see or won't see for a year or more. So often it is hard to get back the enthusiasm for a film when it finally hits the local theater or VOD platform and I have to then try and re-promote the film after months or years
---
It amuses me that many people gravitate toward festival curtain raisers or best of the fest lists going into the fest unaware that more times than not the all of the films chosen are pretty much the only ones the reviewer has seen. (This is especially true if they do no further festival coverage)
---
The great films I’ve seen like the great books I’ve read are not the ones that instantly spring to mind or ones I talk about for hours on end. Rather they are the tales that live inside me and inhabit my every waking moment. Yes, SEVEN SAMURAI is a great film but I can’t really discuss it because when I think of the title the film opens up in my heart and I am there with with the ronin in the rain. With Bondarchuck’s WAR AND PEACE I find I am in a grand ball somewhere. With Tarkovsky’s SOLARIS I am looking out over the planet. And so it goes with every film I love…each story on and on. No discussion is needed because I feel the films. Why are these films great? I don’t know but I know they are part of me like my arms or lungs…
---
---
I saw THE DARK TOWER yesterday. It was much better than many of the reviews make it out to be.

Not a version of the books (it would be a years long miniseries) it is a kind of sequel to the books.

More a comic book continuation or pulp novel side story of a sort the film is simply a fantastic action film set across worlds. You don't need to know the mythology of the novels, but it adds shading. Tons of references are in the film if you know where to look. And there is tons of references to Stephen Kings books and films as well, many of of which figure into the Dark Tower saga.

It is not the best film of the year. It moves almost too fast, is clunky is some places but it is really entertaining. Its a perfect rainy day film to curl up with with some popcorn on a couch or in a theater
Posted by Steve Kopian at August 06, 2017