THE BOOK OF BIRDIE to close festival, Centerpiece films from Shudder, LOCALS ONLY Showcase, VR program and shorts! 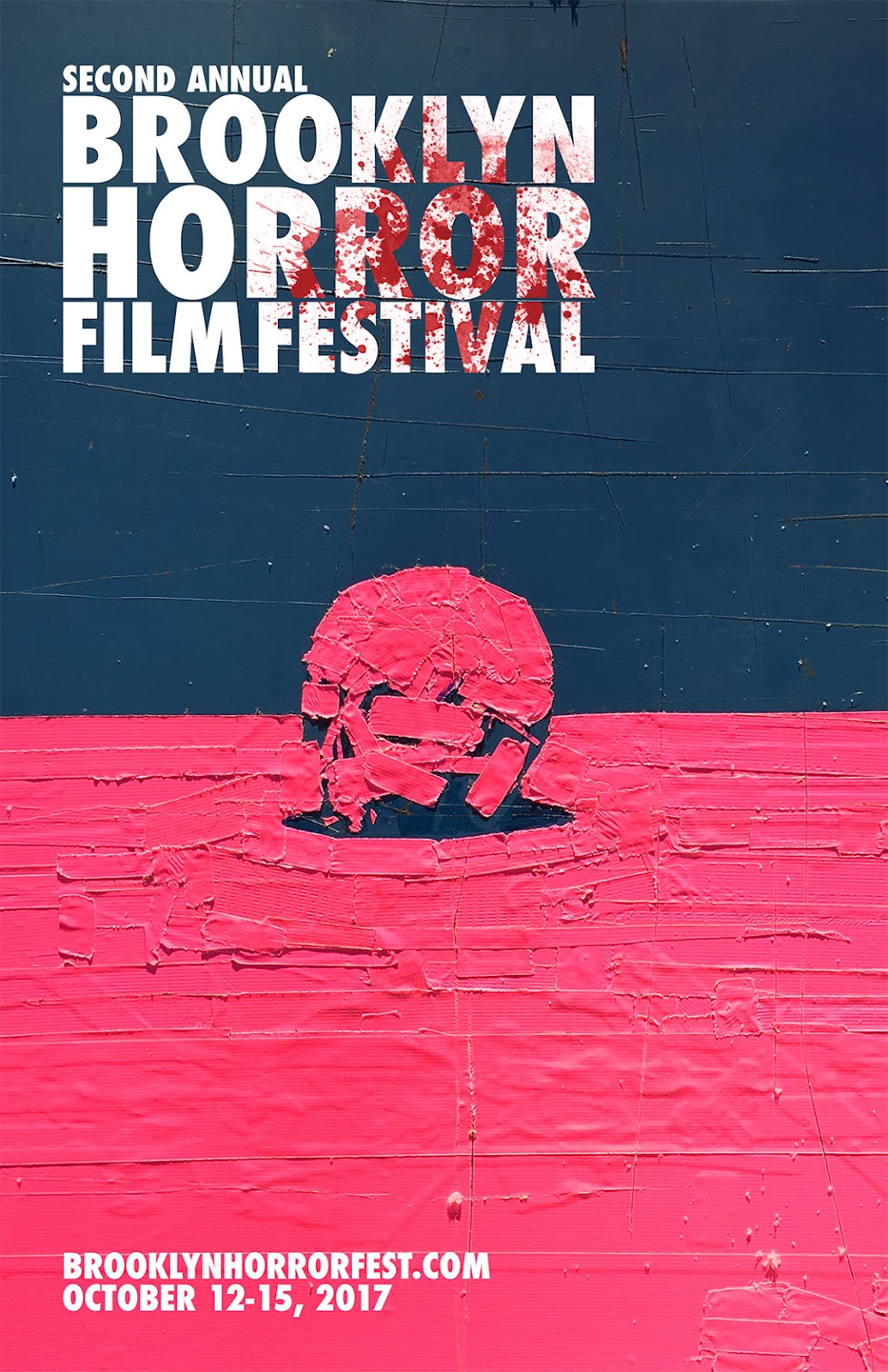 
The Brooklyn Horror Film Festival drops its second announcement with wave two of the program, locals only showcase, shorts and more! Bringing the best of horror to Brooklyn from October 12 till the 15th, we’re thrilled to unveil our full lineup of films and events.

BHFF TO CLOSE WITH THE NORTH AMERICAN PREMIERE OF THE MESMERIZING, ALL-FEMALE CASTED THE BOOK OF BIRDIE

THE BOOK OF BIRDIE
UK | 2017 | 90 min | Dir. Elizabeth E. Schuch
NORTH AMERICAN PREMIERE
First-time director Elizabeth E. Schuch impressively blends psychological horror, whimsical fantasy, and feminist ideals in one-of-a-kind THE BOOK OF BIRDIE. Shy and fragile teenager Birdie’s unusual hallucinations, dark obsessions and fascination with blood are triggered as she’s forced into a remote convent and faced with what her fate will be.

SHUDDER DOMINATES OUR CENTERPIECE SCREENINGS AND UNLEASHES COLD HELL AND MAYHEM ON BROOKLYN!

COLD HELL (DIE HÖLLE)
Germany | 2017 | 92 min | Dir. Stefan Ruzowitzky
EAST COAST PREMIERE
After witnessing a brutal murder from the window of her apartment, Turkish-born and taking-no-shit Ozge finds herself the next target of a calculated serial killer. Unfortunately for the killer, she has her own brand of viciousness on tap and is anything but a victim. An intelligent and live-wire cross between Italian Giallo and Jason Bourne, Oscar-winning director Stefan Ruzowitzky’s  (THE COUNTERFEITERS) COLD HELL is a first-rate, action-packed genre-bender.

GET TRANSFIXED BY THE EAST COAST PREMIERE OF THE CRESCENT

THE CRESCENT
Canada | 2017 | 99 min | Dir. Seth A. Smith
EAST COAST PREMIERE
Plagued by painful memories, a young, recently-widowed mother relocates to a remote town and does her best to overcome emotional trauma. But the town locals have their own plans for her and before long their strange, dark and ancient traditions turn her life into a waking nightmare. Visually ambitious and tonally hypnotic, Canadian filmmaker Seth A. Smith’s haunting THE CRESCENT casts a sneakily powerful spell.

FAMILY MYSTERIES AND SECRETS ARE REVEALED AS INHERITANCE COMES TO THE EAST COAST
INHERITANCE
USA | 2017 | 93 min | Dir. Tyler Savage
EAST COAST PREMIERE
A man learns of the death of his absentee biological father and inherits his 2.5 million dollar home in the aptly named INHERITANCE. While staying there with his pregnant fiancé, he begins to uncover horrible truths about his father that could destroy his life. Fantastic lead performances and a patient, sinister narrative make this one hell of an impressive debut for director Tyler Savage who will be in attendance.

RIFT (RÖKKUR)
Iceland | 2017 | 111 min | Dir. Erlingur Thoroddsen
NEW YORK PREMIERE
Intrigued by an unexpected call, Gunnar heads to a remote outpost to reconnect with his ex-boyfriend Einar. Despite the happy reunion the two men can’t shake the feeling that someone, or something, is there—and has sinister plans. Elegant and assured, the subtly creepy RIFT is the audacious follow-up feature from Icelandic filmmaker Erlingur Thoroddsen, whose debut feature, CHILD EATER, world-premiered at BHFF 2016 as our closing night screening. Director Erlingur Thoroddson will be in attendance.

SALVATION (SALVACIÓN)
Spain | 2016 | 80 min | Dir. Denise Castro
NORTH AMERICAN PREMIERE
Stuck in a hospital waiting to undergo open heart surgery, Cris finds a reason to stay in another patient named Victor who claims to be a vampire. Surrounded by death, Cris must decide between immortality and leaving her future up to fate. Filled with moments of sadness and paralyzing dread, Salvation is a terrifying new entry in the vampire canon.

GAME OF DEATH
Canada / France | 2017 | 73 min | Dir. Baz Morais & Sebastien Landry
NEW YORK PREMIERE
For a group of party-crazy teens, it’s all about smoking, drinking and sex. But that goes to hell when they play a board game that requires human blood and whose uncontrollable countdowns lead to head explosions. Survival requires killing someone else. Bodies will drop and craniums will burst in this insanely gory and fun-as-hell, splatter feature by Canadian co-directors Sebastien Landry and Laurence Baz Morais.

THE EMOTIONAL PORTRAIT OF A HORROR ICON AT THE EAST COAST PREMIERE OF TO HELL AND BACK: THE KANE HODDER STORY

TO HELL AND BACK: THE KANE HODDER STORY
USA | 2017 | 108 min | Dir. Derek Dennis Herbert
EAST COAST PREMIERE
The man behind two of horror’s greatest slashers, Jason Voorhees and the HATCHET franchise’s Victor Crowley, Kane Hodder has proven himself unbeatable when it comes to offing on-screen victims. But as it turns out he’s even more unbeatable in real life, having persevered through a painful childhood and a nearly fatal accident. Derek Dennis Herbert’s heartfelt documentary TO HELL AND BACK candidly reveals the heart and soul of a horror icon.


I REMEMBER YOU (ÉG MAN BIG)
Iceland | 2017 | 105 min | Dir. Oskar Thór Axelsson
US PREMIERE
While investigating the mysterious suicide of an old woman inside a local church, a psychiatrist learns that she was obsessed his young son’s disappearance. Meanwhile, across the bay, three friends discover that the house they’re restoring is haunted. How these two stories intersect is the ultimate gut punch of Icelandic filmmaker Óskar Thór Axelsson’s I REMEMBER YOU, a haunting and cerebral marriage of the procedural with the supernatural.

The critically acclaimed horror VR studio Dark Corner will be presenting two works from director Guy Shelmerdine; the clown-filled and nightmarish journey that is NIGHT NIGHT, and MULE, which sucks you into the last moments of a man’s life and the hellish fate that comes next.

Join the celebrated BK Paranormal Society as they lead our festival goers on a candle-lit ghost hunt through the streets of Brooklyn and provide the tools and know-how needed to keep you safe from spirits and creatures of the night.

​The Miskatonic Institute of Horror Studies presents
THE TIME HAS COME TO TELL THE TALE:
PETER STRAUB IN CONVERSATION with DOUGLAS E. WINTER
Join us for this rare on-stage conversation between one of the world’s foremost horror authors, Peter Straub – who gave us JULIA, GHOST STORY, MR. X, KOKO and more, as well as collaborating with Stephen King on THE TALISMAN and BLACK HOUSE – as he talks about his writing career and the films that sprung from it with famed horror biographer and critic Douglas E. Winter.
The Miskatonic Institute of Horror Studies is a non-profit community-based curriculum through which established horror writers, directors, scholars and programmers/curators celebrate horror history and culture with a unique blend of enthusiasm and critical perspective.

LOCALS ONLY SHOWCASE sponsored by Quickframe
This year’s spotlight on NYC-made horror headlined by a World Premiere screening of unadulterated grindhouse flick GET MY GUN!

GET MY GUN
USA | 2017 | 90 min | Dir. Bryan Darwas
WORLD PREMIERE
BHFF is thrilled to present the World Premiere of Brian Darwas’ homegrown feature GET MY GUN. In line with such films as MS. 45 and INSIDE, GET MY GUN’s Amanda is left pregnant after being raped at work. When a crazed stalker becomes obsessed with her unborn child she is forced to evolve from prey to predator. Director Bryan Darwas and Writer/Producer Jennifer Carchietta in attendance.

LOCALS ONLY SHORTS 2017 Sponsored by Quickframe!

ARE YOU WILD LIKE ME?
Dir. Billy Nawrocki
A string of missing person cases plagues a small New England town. Could they be related to the infant girl who disappeared in the woods nine years prior?

FLUFFERNUTTER
Dirs. Adam R. Brown, Kyle I. Kelley
Twins Stephen and Clyde are forced to grow up fast "for their own good" in this bloody satirical yarn.

IN HERE
Dir. James Barton
An unknown entity communicates to a girl through refrigerator magnets.

SLAPFACE
Dir. Jeremiah Kipp
Monsters come in many forms for a boy after the difficult loss of his mother.

A TASTE FOR IT
Dir. Oliver David
An old woman has a strange experience in a parking garage. True WTF material.

BEWARE, THE BEAST I WORSHIP
Dir.  Adam Chitayat
A dog with ill intent leads a man through the color-soaked nighttime streets of New York City.

RUBY
Music Video / Dir. Richard Bates
A young woman's dreamy stroll through the woods is impeded when a sorcerer is allured by her moon necklace. The sorcerer summons an evil spirit from the land to follow the young woman and claim her soul bounded by the necklace.

COVER UP
USA / Dir. Satya Bhabha
She loves make-up to death. He loves her so. Alison Pill and Jason Ritter star.

GREAT CHOICE
USA / Dir. Robin Comisar
A woman finds herself trapped within a Red Lobster commercial that just…won’t…stop. Carrie Coon stars.
TASTE
USA / Dir. Adrian Selkowitz
All Claire wants to do is throw a fancy dinner party for her husband’s Hollywood power couple friends, hoping it’ll lead to her own cooking show. She just never expected that naked woman lying in her driveway, or what this woman’s past means for Claire’s big night.

OTHERS LIKE YOU (ALTRE)
Italy / Dir. Eugenio Villani
Determined to become pregnant, Ester, having previously been ruled sterile, finally has success after sleeping around with random men. The news displeases Ester’s family doctor, Greta, who has a ghoulishly sinister plan in mind.

THE SERVANT
Iran / Dir. Farnoosh Abedi
A silent and gorgeously animated tale of a bug servant who grows weary of his servitude.

INK
Canada / Dir. Ashlea Wessel
Traumatized by a scarring pregnancy, an emotionally fragile woman seeks solace in covering her body with tattoos. After an alcohol-fueled bender, her worst fears come to pass.

DON’T OPEN YOUR EYES (ÖPPNA INTE ÖGONEN)
Sweden / Dir. Adrián García Bogliano & Andrea Quiroz
Sisters reunite after a year apart. One is suddenly doing incredibly well for herself and it's all because of a mysterious hypnotic vinyl record with extraordinary powers.

AMY
USA / Dir. L. Gustavo Cooper
During an overwhelming heat wave, a nurse at a home for sick patients warns young resident Amy to stay inside her room. Unfortunately for her, Amy doesn’t listen.

FEEDING TIME
USA / Dir. Matt Mercer
Filling in for her friend on a babysitting gig, Sasha is weirded out after a strange encounter with the child's parents. Strange doesn't even begin to describe the night she's about to have.

FREDERIK REMEMBERS
USA / Dirs. Ben Sottak & Steven Russel
Old and senile, Frederik passes the time in solitude. A box of Nazi paraphernalia found inside his apartment is about to disrupt that.

BESTIA
Canada / Dirs. Gigi Saul Guerrero
A man awakes to find himself alone by the frigid woods. Whatever ravaged his people is now stalking him.

THE BABY’S CRYING
UK / Dir. Bob Pipe
It’s every parent’s burden: Answering the cries of a baby late at night. For this mommy and daddy pair, however, it’s more of a nightmare.

FOR A GOOD TIME, CALL...
USA / Dir. Izzy Lee
Unbeknownst to the woman involved, a man uploads a homemade sex tape. Upon making a pit stop inside a grungy public bathroom, he’ll receive his comeuppance.

BIRTHDAY
Italy / Dir. Alberto Viavattene
Using her job to hawk prescription drugs and steal from patients, a young nurse goes about her delinquent ways inside an old folks’ home. In Room 12 however, three elderly sisters have a surprise waiting for her.

iMEDIUM
Spain / Dir. Alfonso García
This frenetic techno-terror murder mystery imagines the day we have an app for speaking to the dead.

About the Brooklyn Horror Film Festival

The Brooklyn Horror Film Festival (BHFF), will include screenings and events the weekend of October 13th.  This independent film event held across Brooklyn will screen feature films and short films that represent filmmakers from around the world that are contributing to the horror genre.

In addition to the film screenings, the festival will also be hosting an opening-night party, panel discussions, Q&A’s with filmmakers, games, contests, merchandise tables, award ceremony and a sendoff party after the final screening.

Media Sponsors:
Birth.Movies.Death
We Got This Covered
Bloody Disgusting