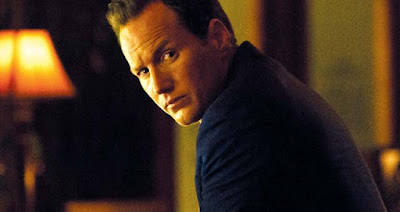 Inspired by the life and fall of Eliot Spitzer ZIPPER is the story of a prosecutor who gets into trouble when his love of escorts is in danger of becoming public knowledge.

The plot has a federal prosecutor becoming infatuated with an intern in his office. Knowing that giving in would set him up for a world of complications he instead makes an appointment with an escort. However he likes it so much he continues seeing her. Having to balance his life and his obsession becomes even more complicated when he becomes the choice for a run for Congress.

Small scale political thriller/drama is well acted and well made but isn't the most compelling of tales. This isn't to say that it's a bad film, rather there isn't enough here that is unique to warrant an almost two hour running time. Don't get me wrong I enjoyed myself watching it but somewhere in the middle my interest kind of flagged because it wasn't doing anything new. We've been here before- hell it's a semi-mirror of the Spitzer affair so we kind of know how this is going to play out.

Definitely worth a look see if you're not paying too much.

ZIPPER is currently out on VOD and home video
Posted by Steve Kopian at October 14, 2015