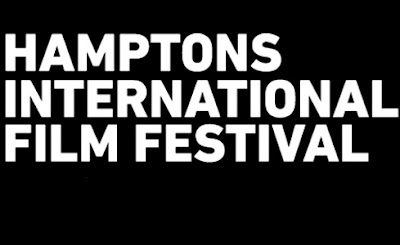 The Hamptons International Film Festival starts Thursday. Once again I will not be making the trip to the end of the Long Island to cover it.

That sounds slightly snide, and I don’t mean it to be, rather its more the result that the film overlaps the final weekend of the New York Film Festival and Comic Con. The Hamptons has overlapped NYFF for a very long time now making it difficult for me to cover the NYC stuff and the stuff out East. For me making the schlep all the way out there is became even more complicated once I started doing Unseen because many films screened elsewhere. If I’m going to make the 90 minute car ride from my house to the Hamptons I would want to cover several things, and because I do NYFF and Tribeca and several other festivals its hard to find several events to make the trip worth it- I'm in line to have seen 18 of the films before the festival ends via other fests plus I have access to another 7.

The one thing I never question is their choice of films- The Hamptons has excellent taste and to prove it here’s a list of what we’ve seen to help you make a choice of something good to see.

I may see some of all of the following if time, the weather and the New York Film Festival permits
RAMS
MISSING PEOPLE
EMBRACE THE SERPENT
MEDITERIANIA
FRENCH BLOOD
BABAI
DISORDER

For those who wish more information on Hamptons International Film Festival you can find it here.
Posted by Steve Kopian at October 04, 2015