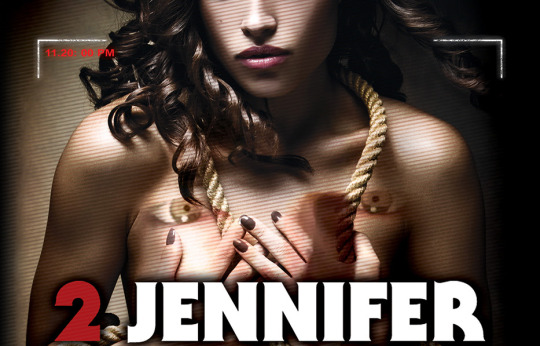 Absolutely terrible found footage film concerns a film fan who decides to make a sequel to his favorite horror film 2 Jennifer. Dragging a friend along he begins to put the film together and eventually casts a girl named Jennifer in the lead. Of course he become unhinged and things turn dark.

Looking little more than some one's home movie (which I suppose is a compliment in a way) the film is like following a bunch of nudniks around for 90 minutes. It wouldn't be so bad if you actually liked anyone or that you could get passed the fact that the film really does look like a home movie. While I can appreciate that the it all looks real, its much too off putting to make much of a connection to the audience. Yes you want it to look real but you also have to give us a reason to want to watch the film to the end. I'm still not sure  there is a reason to see the film for any reason.