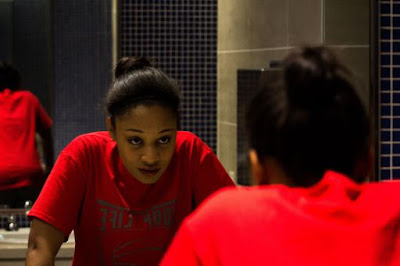 BALL IS LIFE
A much too short film about a young woman for whom basketball is life being forced to contend with an unexpected pregnancy.  Running a scant 7 minutes the film doesn't have enough time to really build to anything. I wish director Terry Bluez had allowed the story more time. 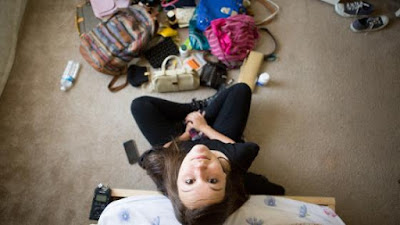 KLEPTOMANIA
A young thief has a sense of remorse and returns what she has stolen and changes her life. Good little film. 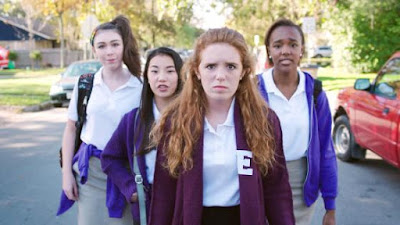 One of the best films on a technical level st Women Texas FF, it is lessened by the overly quirky nature of the story. Very much insisting on getting it's quirk on and making damn sure that we are aware of how clever it is, LETTER E is a film that is trying way too hard. As good as the film is you kind of wish it would stop calling attention to itself and just tell the damn story.  Its a good film but it should have played better. 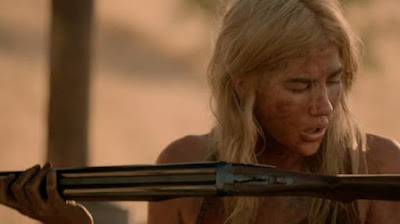 LOTUS GUN
Post apocalyptic tale set 60 years in the future. People either live on communes or the wild. When a stranger enters Nora and Daph's lives things go south and Daph has to try and find her friend.

I understand the film was made for no real money but I never really bought into the film with the look of it all being too much window dressing and the world not making a hell of a lot of sense. For example not a hole hell of a lot happens in the first chunk of the film where the to women hang out and smoke. That's all well and good but where did they get the try leaves to smoke and where is the paper from? (also it takes much too long to get going- this is a short you can't have nothing happen for a quarter to a third of the running time)

Ignoring the fact that no none of it feels real the story is a not bad short story of life past the fall. Taking it on its own terms it's entertaining but its nothing I would ever consider seeing again or recommending. 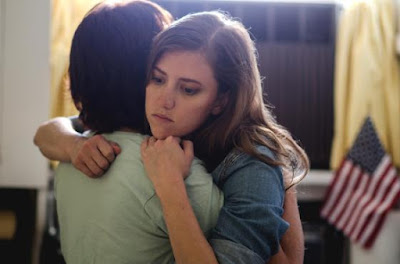 STARRY NIGHT
A young woman wants to leave her home and become an astronomer but has to fight ignorance, her family, poverty and life and general.

Very good coming of age and finding one's place story.  Its a beautifully acted  film that is glorious to look at. Its so well done that it over comes it's been there plot to be something truly special. See this film.
Posted by Steve Kopian at August 20, 2016