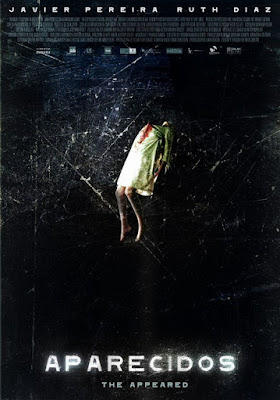 Mystery with supernatural overtones about a brother and sister who go to sign off on the impending death of their father in a hospital. Complications almost instantly arise ("We were only suppose to sign papers, not see him" balks the girl). While traveling after signing the papers they discover discover an old diary and some pictures, things which tell the story of a serial killer, a killer that may still be operating.

I've completely botched that and to be perfectly honest short of reading a straight synopsis there is no way, none, to really describe this film. Its a film that refuses to go in any direction except its own. It plays with reality, refuses to adhere to conventions and tells a story that only completely makes sense when you get to the end of it... and in my case its the sort of thing I know I need to see again to get a handle on.

I have no idea if I liked it or not. I know that my insistence that the film be a certain something had me working against it. That's not the way to enjoy this film, its something that you have to let take you where it wants to take you.

Can I recommend it? Certainly if you're willing to let it go and do. I do like bits of it, and there are bits I'm not crazy about, but at the same time any film that makes me want to watch it again (even if its to work out what I just saw) is worth a shot.
Posted by Steve Kopian at August 25, 2016