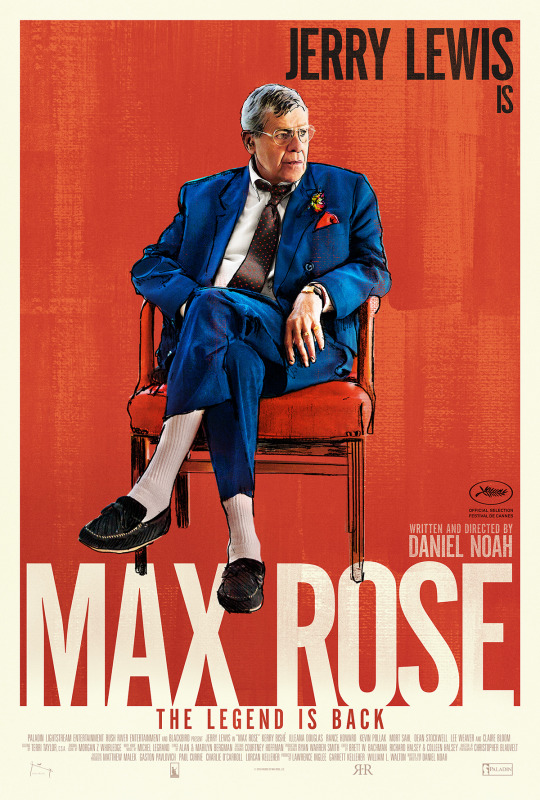 Lewis plays Max Rose, aka Max Rosenblum, a jazz pianist whose wife dies. While going through her things he finds an inscribed memento which makes him think the love of his life was in love with another man. He then tries to figure out the story behind the memento.

The film is all Lewis, and its all wonderful. Lewis gives a performance for the ages as a man in deep emotional pain. The weight of the world is written on his face. His every action reveals so much that is going on behind the eyes. Its a performance that he could only have come now- come from a man who has lived 90 years and who has had to face getting old, Its one of those performances that redefines a career. Its so good that words fail me,..you just have to see it.

As I said above the film really is all Lewis and once you look at the plot, the film gets knocked down a bit. It's not that there is anything wrong with the story (which is based on the directors grandparents) rather the need to include a "plot" kind of takes away from the real feeling in the film. It might have worked had the story of Max chasing down the suitor kicked in sooner than it does. Yes its hovering around the edges but it doesn't really kick in until almost an hour has passed and then is too quickly resolved. Its not bad but other than giving Max closure it really isn't necessary to enjoying the film.

A surprising gem of a film with one of the best performances of the year (which Oscar will probably ignore) MAX ROSE is very recommended when the film finally gets a US release on Friday.
Posted by Steve Kopian at August 29, 2016