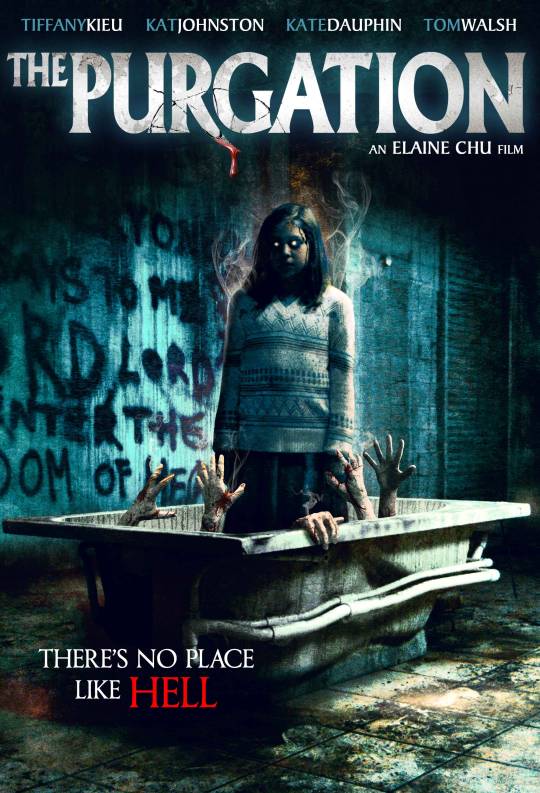 Misfire horror film concerns a a filmmaker who is sent to her home town to look into the haunted asylum there. Years before she had gone there with some friends and things had gone horribly wrong. Now she sees the trip as a way of  curing the ills of the past. Unfortunately the ghosts of the past come calling.

Mediocre horror film has very little to recommend it. While not the worst horror film to come down the pike recently (and I say that having seen some real stinkers) this isn't anything one wants to actively search out. The plot isn't anything special, the performances are merely adequate and the film suffers from internal inconsistencies that will give you fits. Its a film that kind of sort of almost works but just can't quite get over the hump.

While PURGATION isn't a particularly good film it's a step or to above the bottom of the barrel. I know none of that is a ringing endorsement, and frankly its not something that most horror fans are going to want to even approach. That said I have a few friends who are voracious  horror fans who will watch everything horror related, whether good or bad, and who frequently run out of things to see, thus scraping the bottom of the barrel. This is a film that is kind of worth seeing if you're a forgiving horror fan with nothing to see. Its a film that is best described as a film of last resort meaning that if you want a horror film and you've seen everything else or have no interest in yet another piss poor zombie knock off its an okay time killer (assuming you're not paying to see it).

PURGATION was released on home video yesterday by Osiris Entertainment
Posted by Steve Kopian at August 17, 2016