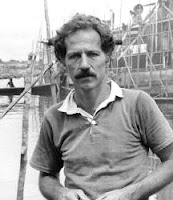 Portrait of superstition and faith in Russia.

Completely neutral Werner Herzog film simply shows the people as they are and lets them speak for themselves. One is a "reincarnation" of Christ speaking of love and brotherly love. Another is a man who plays the bells at a church. We see a faith healer and mystic blessing a couple. We also spend time at a village near a Russian lake. Here is its said that God saved a village from the Mongol Hordes by placing it at the bottom of a lake, where if the conditions are right you can see it through the ice when the lake freezes in the winter.

Non-judgmental to the point that anything approaching a voice over is simply the translation of the words of those we see on screen. Even the "silliness" of the people who live near the lake with their crawling around it from holy site to holy site ceases to be funny when you realize that these people actually believe in what they are telling you. It's a haunting film that makes you wonder about how and what some people believe.

Okay what you just read was essentially the post I made for the film at IMDB. in looking for a picture for this post I ran across a piece, I thought it was in Slate but I'm not sure now, which quoted my review and then took me to task for believing the film was serious.

I was bewildered and confused. How did they know what Herzog's intentions were? I was shocked so I watched the film again. Watching the film again I tried to find out why they would think it wasn't serious, I mean beyond the intrinsic silliness (at least to me) of some of the material?

I can't figure it out.

Taking their questions to heart I was faced with a serious question- How can we ever tell what an artist means if there are no clues in the material? Think about it you can't have an instruction sheet with every film, book and painting. To do so would work against the purpose of art.

After much thought and much discussion, I've concluded you can't. Once you put something out you have to allow it to be taken for what it is. If people get it then you've succeeded. If they don't you've failed- or failed as far as what you've intended.

Works of art are like children you can't control them once you send them out the door.

As for Bells From the Deep, I stand by my review. That's how I feel.

----
On October 2nd I saw Herzog briefly speak about his films in connection with a screening of Caves of Forgotten Dreams. When asked about whether we can trust what we see in his documentaries he said consider that everything you see has been filtered through him. Every shot choice is his, everything you see was done by him in order to get to what he calls the ecstatic truth which is something we have to work out and fill in for ourselves. We have to be an active participant in the film. If that is the case and since Herzog doesn't seem to be condescending to his subjects then I would say that the film is more or less true at least on an emotional level.
Posted by Steve Kopian at October 13, 2010