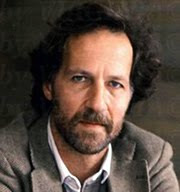 Today I present two looks at the man himself. One made by himself and another made by others.

Portrait Werner Herzog (1986)
Odd rambling self portrait by Werner Herzog on himself. Mixing brief biographical information with clips from his movies this is more a sketch than a real portrait, and even then its incomplete since he only touches a handful of films and never really gives full biographical details.The problem here is much of this film can be found in other films in other forms, the clips certainly can be seen in other films, but even a chunk of the biographical info can be found in other documentaries about the man (I Am My Films, My Best Friend, Burden of Dreams). The result is a film that is mostly going to be a loss to anyone coming to Herzog and his films with out some form of prior knowledge since the material doesn't have much context. That said anyone who is a fan and who loves his movies are going to be nicely diverted for its brief running time as we get a few bits of information concerning his life and learn of at least one unrealized project, a mountain film that was to be made with Klaus Kinski. Worth a look for fans, but anyone not knowing of Werner Herzog and his back catalog should stay away or risk being lost or worse bored

I AM MY FILMS (1979)
Want to know why I love the films of Werner Herzog (he's possibly my favorite director)? This is the reason. In my film class in high school we were shown this film and several of his films.The result was a life long passion for the man and his movies. The film is an interview done at the time of Stroszek, it has Herzog talking about each film, talking about their creation and what he hoped to achieve. Its the director explaining his films in a way that enlightens on more than just a cinematic level. Herzog not only talks about his films but also his larger ideas about what film is, both fiction and documentary. One of the reasons this film is so powerful is that we get some of the more hypnotic scenes from his films, the decent in Aguirre, The procession from Even Dwarfs Started Small, the volcano that wouldn't blow up, and on and on, all explained by the man himself, all hung out so that their beauty might tempt us to dive deeper into his back catalog. The result is that we get a greater appreciation for what we are seeing in the films he talks about and cinema itself. Its magic. Its the best sort of documentary, the subject in his own words. Its one of the best (filmmaker) portraits I've seen and an interesting companion piece to Herzog's My Best Friend, where Herzog once again talks about his films, though with a bend toward his Klaus Kinski films. This film will help you understand what he is doing better than any other film, article or book. If you love films you need to see this, more so if you love the films of Werner Herzog. Just see this film.
Posted by Steve Kopian at October 12, 2010