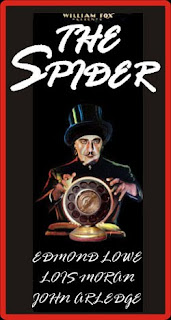 Edmund Lowe plays the magician Chartrand. During a performance of his show the lights in the theater go out and a man is shot. The police are called. The audience is sequestered. Chartrand must use his tricks in order to find the real killer and not the suspect that the police have chosen.

Forgive me for being a bit vague, but there are one or two twists that giving a more detailed plot description would give away, and in a film like this half the fun is just having the film happen before you.

The film is pretty much set entirely in the theater during and immediately following the performance. Its a hoot as the film moves between the police, Chartrand and his crew and the audience, who are both chopping at the bit to go home and wanting to know what really happened. To be certain there are a couple of logic problems if you take a moment to think about things, but I'm guessing that for most of this 59 minute gem you're going to be simply too carried along by whats going on screen to think (it as after all a cinematic magic trick). Simply put this film is a fun ride and one of the most enjoyable mysteries I've seen.

This is one to find, check Sinsiter Cinema
Posted by Steve Kopian at February 24, 2011