One of the few things I ever wanted to get out of doing Unseen Films was a chance to meet him. It never happened, either I was from too small an outlet to get a slot or things just couldn't fall together to make it work- I tried but fate prevented it.

I discovered him in ALIEN. That movie blew me away and I ended up tracking down everyone's films after seeing it. My mom knew who Hurt was and recommended CRY OF THE PENGUINS and THE NAKED CIVIL SERVANT. Between those, MIDNIGHT EXPRESS and ELEPHANT MAN I became a devoted fan. He may have made some questionable movies but his performances never were and he almost always broke your heart (Pick a film)

I was lucky enough to see him live once. From the top of the Havey Theater at the Brooklyn Academy of Music I saw him do Samuel Beckett's Krapp's Last Tape. Yes it has been recorded but this was Hurt live and in person. From a million miles or at least a million steps away I watched him tear Beckett down and make it his own. When it was done he did a Q&A and answered everyone's question as it it was the most important in the world. It was pure magic.

Two of his final roles moved me deeply. His priest in JACKIE was so good that if I could find an actual priest such as he I would consider rejoining the church.

As for his role as The War Doctor aka a previously unknown Dr Who, he literally brought me to tears with the reveal. The man I had always wanted  to be the Doctor was at last THE DOCTOR. That was the coolest thing to me, And while he only had one TV adventure there are now numerous stories with him,  many recorded by Hurt himself. Tom Baker may be the Doctor of my youth  John Hurt was the Doctor of my soul.

John Hurt will be missed.  I will mourn him deeply, as I have done with a handful of people I've never met but who shaped who I am-the fathers and mothers who burned themselves into me (Adams, Milligan, Ebert...). While some gave me a sense of humor, a love of music, or sense of adventure, John Hurt gave me a sense of humanity. It was through his performances that I truly learned about the depth of emotion and how everyone felt something deep inside.

God bless and God Speed- and thank you for the wonders....

---
The Oscar Nominations came out Tuesday. I’m filled with more happiness than I usually am at times like this, but also  lots of confusion and the usual lack of caring.

I’m thrilled with the Best Documentary choices. FIRE AT SEA aside I think it’s a solid bunch of choices. I’m thrilled WHITE HELMETS got a Short Doc nom.

Back in December I did a breakdown of the possible Animated Oscar noms and I got four out of the five. I thought either YOUR NAME or THE LITTLE PRICE would be the fifth nom but blew it on both. I’m told that the love for Lin Manuel Miranda resulted in MOANA getting the nom. I’ve also been told the whole Paramount dropping and Netflix picking up THE LITTLE PRINCE hurt its chances. I can live with the choices.

Best Foreign Language film is largely WTF but it’s been that way since the category was short listed. While TONI ERDMANN seems to be a lock- the truth is A MAN CALLED OVE has a huge following and may win. And THE SALESMAN suddenly has a chance if only to stick a finger in Trump's eye.

Will I watch the Oscars this year? Possibly some- but to be honest my interest just isn’t there. It rarely is these days since my best films rarely have no chance for a golden statue.

On the other hand look for reviews of a number of the sort films as well as some of the other nominees between now and the big night.
--- 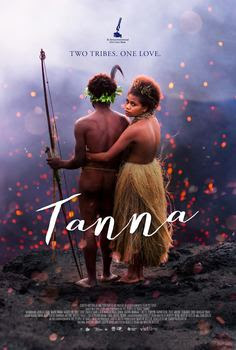 Up for an Oscar for best Foreign Language Film TANNA is from Australia. Shot in the Vanuatu language the film is based on an incident that happened 30 years ago on the island some that gives the film it's title. The film concerns a pair of star crossed lovers on the fast track to disaster.

A stunningly beautiful film this is a film that is going to haunt anyone who sees this on a big screen. I saw this on a screener on my lap top and I knew I was losing much because half the film is the image and sense of place.

Its a really good film, and I recommend it to anyone wanting a change of pace - but how this got an Oscar nom eludes me. Its a lovely film that is going to work best for those who fall into it, but its not Oscar material. On the other hand it's nomination assures that it won't fall off the face of the earth- hell if it wasn't for the Oscar nom I probably would never have ever noticed or mentioned it.
---

Vin Diesel is sent to take on Donnie Yen and Tony Jaa who have stolen a computer device that can crash satellites. Nothing is as it seems.

It's one action scene after another. While the film has taken flack for the unbelievability of the action sequences they are no more crazy than then any other action film- for example the FAST AND THE FURIOUS films.

I want a sequel- especially if everyone comes back.
----

TK TUNSTALL
Dafoe and the distance to Utopia
Under the Bridge Trailer
Neko Atsume
Attack of the Atomic Banana
Grappling with Faith
A lost Austrian film which fore saw the rise of the Nazi's is found
Emotions you never knew you had
Can Mozart drive you mad?
Ninja Spider
Vintage picture of New York's Chinese New Years 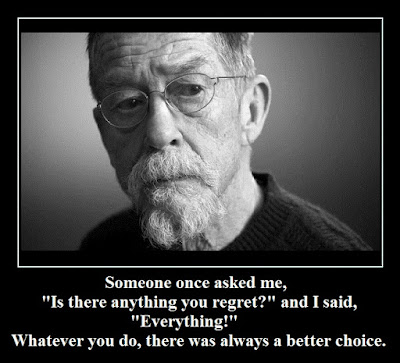