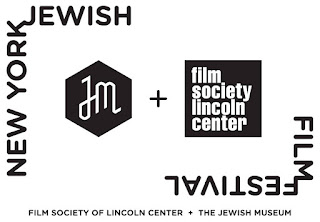 The New York Jewish Film Festival Starts Wednesday and we are better for it. This wonderful annual celebration of films with a Jewish connection always manages to give us some absolutely delightful films and events. Among this year’s highlights are a BBC biography of Bette Midler and the 50th anniversary screening of Mel Brooks THE PRODUCERS.

What I love about the festival is that you don’t need to be Jewish to enjoy the films because many transcend the ethnic pigeon holing with a director simply being Jewish. These are films for everyone regardless of their background and having seen a number of films already and having tickets to several more I can promise you that is true. Films such as the PESHMERGA which is screening as the center piece are for anyone who cares about humanity.

I love the festival with all my heart and while MOMI’s First look Fest is the first calendar festival, New York Jewish is the first festival of the calendar year that actually means something since occasionally some of it’s delights survive to get awards at the end of the year.

The fest runs until the 24th and is highly recommended.

A couple of quick notes: WHO'S GONNA LOVE ME NOW is a very good film with a very great sound track about man named Saar. Almost 20 years earlier he left his home on a kibbutz in Israel because being a gay man who was HIV positive caused rifts in his family. He fled to London where he found a home and acceptance with the London Gay Men's Chorus. Now he wants to go home and he tries to mend fences. While the story isn't anything special, as such the people are. This is a wonderful collection of people you will be glad you've met. Most importantly there is a killer soundtrack - which includes The Pet Shop Boys Go West making this the second film in a year that used the song to great effect (The other is Mountains May Depart). I like the film a great deal and recommend it when it plays the festival January 14 and 22nd. NUMBERS MAN is a short playing with HUMMUS THE MOVIE. The film is about David who has a seeming endless memory. Working as a cashier at a grocery store David rattles off odd facts and connection to every number he sees. It’s a charming little portrait of a really interesting guy. Recommended I need to say that I have seen an unfinished version of  ANGEL WAGENSTEIN:ART IS A WEAPON(2017). The film is portrait of novelist, filmmaker, partisan and revolutionary.  As much as I would love to review the film, its an excellent one and was a great way to start the 2017 film year, I can't in good conscious do so. The version I saw was 15 or 20 minutes shorter than the final cut so I don't feel comfortable really reviewing it. The version I saw was so good I don't want to disrespect the film or give false impressions based on the unfinished one I've seen. All I can say is go see the film. (It plays January 17 and 19)

I liked it. In it's way it's my favorite film of the series and in a way not.

I like the fact that a film where the whole cast dies can set box office records. (If you didn't know then you never saw Star Wars)

I'm not going to review the film, nothing I can say will make a difference.

While I like the film I have issues- the plot is clunky, the film moves so fast the only characters are Jiang Wen and Donnie Yen because they carry the weight in from another film. There are severe signs that the script was much more complicated but got chopped down.The result is that outside of the aforementioned pair, none of the deaths are emotionally moving.  This would have been better had it not tied directly into Star Wars and thus be a foregone conclusion.

As I said I like the film- I love Donnie & Jiang- and I love what the film show signs of what it might have been had it not been chopped down.
---
---
The awesome MERRY CHRISTMAS MR LAWRENCE is running at the Japan Society Friday. I highly recommend seeing it on the big screen.