Peter Greenaway Part 3: some Shorts, some docs and some TV work 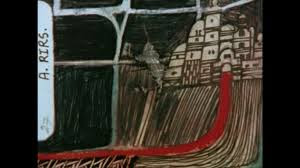 Finishing up our four part look at the work of Peter Greenaway with the shorts, documentaries and television work which  don't seem to fit with Peter Greenaway's feature work

Shorts
H Is for House (1973, 10 min) Greenaway ponders things beginning with the letter H in a film that can be like a deranged Sesame Street film

Windows (1975, 4 min) A precursor to THE FALLS though this time to people who fell out of windows.

Dear Phone (1978, 17 min) another precursor to THE FALLS in that we get to hear about people with the initials HC and their relationship with telephones

Vertical Features Remake (1978, 45 min) Greenaway ponders his early films and a film he wants to make but never does. A Greenaway comedy.

A Walk Through H: The Reincarnation of an Ornithologist (1978, 41 min) One of my favorite Greenaway films follows an unseen narrator as he walks through a countryside aided by nonsensical maps- which begin to make perfect sense over the course of a film. I have no idea what to say but if you want to understand how people believe nonsense see this film because by the end you will too.

Inside Rooms: 26 Bathrooms, London & Oxfordshire (1985, 26 min)- Greenaway's film about people's bathrooms. I saw this on PBS years ago and remember talking to people who were completely baffled by it. Now it would be something on HG TV minus the portions that show the rooms in use.

The Man in the Bath (2001, 7 min)-I saw this film at Lincoln Center with live orchestra lead by Philip Glass. This was one of a series of short films that Glass had commissioned to go with pieces of music he had written. The film is typical Greenaway images of some one in a bathroom. Its beautiful to look at but it left one wondering what it was all about. In actuality I felt that way about most of the films that night. Even thinking of it as a "classical" music video leaves much to be desired since the images aren't all that compelling. Glass and Greenaway had become friends when Greenaway did a film on Glass some years ago. The two would seem to be the perfect pairing but somehow it just doesn't work. Visually stunning but you'll forget it almost instantly


Documentaries and mockumentaries
Four American Composers (1983, 220 min) Greenaway profiles Philip Glass, John Cage, Robert Ashley and Meredith Monk. Informative but extremely difficult to find. Forgive the lack of detail its been decades since I've seen any of the films except the Glass one. Though if memory serves the films are probably the most straightforward of any Greenaway documentaries I've ever seen and contain little of his typical flourishes.

Fear of Drowning (1988)- Greenaway dissects his DROWNING BY NUMBERS and explains how it was all done. Lots of fun.

Rembrandt's J'Accuse (2008, 86min)-absolutely one of my favorite Greenaway films, This is Greenaway going into way too much detail about the painting the Night Watch and explaining how it ruined Rembrandt's life. Its a companion piece to his NIGHT WATCHING and maybe better than that film. As I said yesterday it will change how you look at art forever.

Television
Death in the Seine (French TV, 1988) another of Greenaway's catalog films, this time a list of people who died in the titled river

M Is for Man, Music, Mozart (1991)- Commissioned for the anniversary of Mozart's death this is a typical Greenaway look at the composer. While not quite as successful as some of his other films its definitely worth a look for fans of his work.

A Walk Through Prospero's Library (1992)- wild look at  PROSPERO'S BOOKS from another perspective. Its almost as overwhelming as the feature film and just as fun


And with that I leave you to go off and discover the work of Peter Greenaway for yourself.