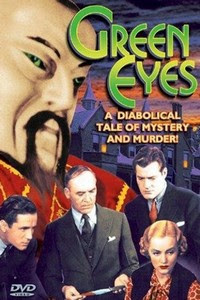 During a masked party Stephen Kester is found dead in the closet of his room, three stab wounds in his back. Suspicion falls on everyone at the party, especially Kester's granddaughter and her fiancée who fled the house after disabling all of the other cars and cutting the phone lines. As the police investigate they are shadowed and helped along by a mystery writer.

Good Long Island based murder mystery novel keeps you guessing until almost the end of the film. Its not until a few knots about motive are untangled that you'll know who did it and why. Its a neatly plotted mystery that I think works better for lifting some of the dialog from the novel since it seems to move the film along at a good clip, even if most of the actions are simply in wide circles around the mansion. The cast is full of B-movie stalwarts who all fill their roles with a good amount doubt as to their possible guilt or innocence. Even nominal lead Charles Starrett as Michael Tracy, the mystery writer, manages to keep you guessing as to whether he did it or not.

A solid and very enjoyable mystery. It maybe light and fluffy but it will entertain you.
Posted by Steve Kopian at November 14, 2011