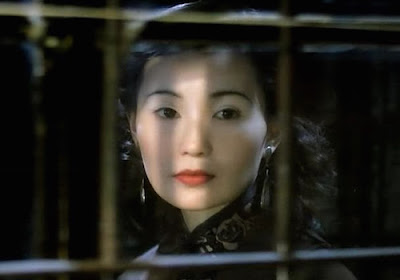 Beginning Thursday December 8, Metrograph will present "Maggie Cheung: Center Stage," a 20-film retrospective, all in 35mm. Maggie Cheung has made such a tremendous impact on visual culture throughout her wide-ranging career that she has become an image of contemporary Chinese femininity recognized the world over. Born to Shanghainese parents in Hong Kong and an on-and-off resident of Paris, London, and China, Cheung is a fluid, cosmopolitan figure, fluent in Cantonese, Mandarin, Shanghainese, English, and French. Coming to film from a modeling and beauty pageant career in the 1980s, she transcended her early roles as eye candy in formulaic romantic comedies for the Hong Kong studio system; went on to participate in the local revolution in action filmmaking; started a long and definitive association with Wong Kar-Wai in his debut feature As Tears Go By; and devastatingly resurrected the pre-revolutionary Shanghainese silent screen goddess Ruan Ling-yu in Stanley Kwan’s landmark 1992 film Center Stage. From there Cheung achieved international fame, collaborating with Olivier Assayas on Irma Vep and Clean—for which she became the first Asian actress to win a prize at Cannes. With this retrospective, Metrograph salutes the quintessential Chinese screen icon of our time. Special thanks to the Academy Film Archives and David Bordwell.

For tickets and more information go to the Metograph website
Posted by Steve Kopian at November 07, 2016