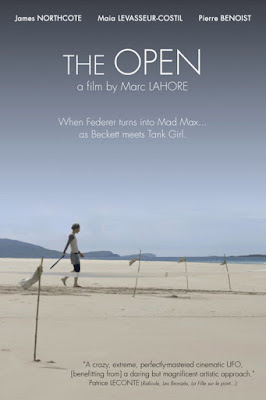 With the world plunged into war a highly ranked tennis pro and her coach retreat to the country. There they kidnap a soldier who once  was ranked 942nd before the shooting started. Their the plan is to stage the tennis open canceled by the destruction of civilization - with invisible balls and rackets.

Seemingly WTF were they thinking idea becomes a brilliant dystopian/end of the world film. On a certain level the film is a bit more about the ideas than the characters and plot, but at the same time if you give yourself over to it  the film springs suddenly and marvelously to life as a brilliant riff on a potentially over done genre.

Watching the film I didn't know what the hell to think about it. I thought perhaps it was going to be a film that thought it was more clever than it was. I didn't think I was going to click with it. I was certain that at some point I was just going to say "yea right" and throw up my hands and walk away. Instead I was sucked in and I realized that the film had something to say about what it means to be human, the need to finish things we start and any number of other things it has rolling around in it's ultimately very clever head.

I really liked this film. More importantly this was one of those films where while I'm watching it all I wanted to do was stop the film, call up all of my friends and say "come and see this. I've got a film that's doing something new"

Highly recommended, especially for anyone who likes films to be heady. Let's hope this film gets a release beyond the festival circuit because it will give many people food for thought. 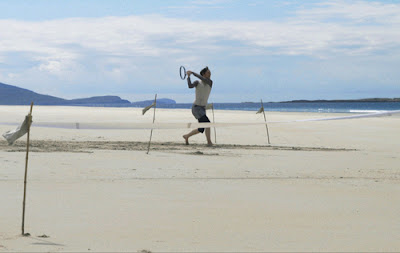