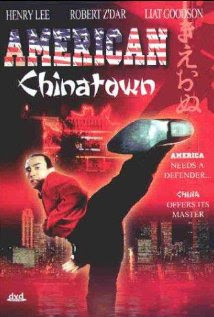 I'm not sure what to say about this film that will be helpful to anyone who wants to know about it. Frankly the only thing that comes to mind is don't.

The story of two friends who's loyalty is tested when a woman comes between them is painful to watch. I've seen enough movies to know when there is a problem beyond the script, in this case its mainly the acting which is best categorized as bad. Its a combination of poor acting choices, characters posturing to look tough mixed with what can only be described in an overly generous mood as non-acting. Characters speak as if they are rehearsing rather than performing. Even Robert Z'Dar, of Maniac Cop fame, an actor you can always count on for a good performance comes across as phoning it in from three states away.

Its all very laughable.

Technically this film isn't much better. The sets feel like they were left over from a bad high school music video. The camera work seems more like the point and shoot variety. My guess is that this was made for almost no money and it shows. (An aside- while watching this movie I was struck by one thought over and over again, which might explain why the film is the way it is, and that is I'm not certain that this film was ever intended for an English language market. There is something about it that makes me think that this was made to be shipped over seas and dubbed in to Thai or Korean or Chinese. If thats the case I's suggest trying to find an import of this dubbed into a foreign language and subtitled back into English.-It's probably going to play better)

I really can't recommend this film to anyone unless they are trying to see every film with martial arts ever made. To put it another way I paid 99 cents for the DVD of this film and I feel ripped off.
Posted by Steve Kopian at November 25, 2016

Email ThisBlogThis!Share to TwitterShare to FacebookShare to Pinterest
Labels: american, mst3k material, not worth the effort