DOC NYC capsules BEZNESS AS USUAL, CIRCUS KID and DIVING INTO THE UNKNOWN BEZNESS AS USUAL
Karim Alexander Pitstra charts his journey to come to terms with who his is, the product of a holiday affair between his Danish mother and his Tunisian father who met on holiday. Along the way he meets the siblings who were born the same way and tries to figure out where he stands in the world. Thoughtful and thought provoking film forces us to ponder who we are and how wegot here. This was a film that forced me to take a step back and consider it all, especially the frankness. Recommended 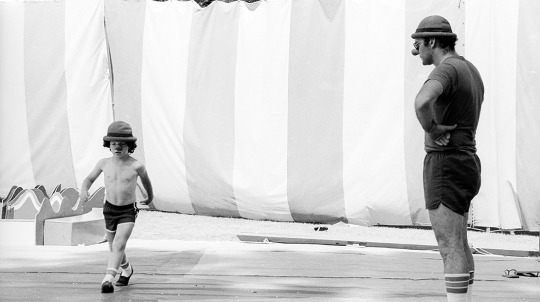 CIRCUS KID
Portrait of Lorenzo Pisoni as he tries to cometerms with his dad who started the Pickle Family Circus. The film is an attempt by Lorenzo to get to know his dad who created magic and had to deal with his own demons, demons that haunted Lorenzo, his family and the circus. Wonderful portrait of a son looking for his father as well as the birth of the New Circus which brought us Bill Irwin and Cirque du Soleil DIVING INTO THE UNKNOWN
Easily one of the  most compelling films at DOC NYC is the story of a cave diving accident that went wrong and the aftermath where the survivors made a series of dives to recover their friends. The reason you'll want to see this is the footage from both the tragic dive as well as from the recovery ones. It is truly you are there in in scope and style and some of the coolest and most claustrophobic images you'll see all year. A must see.

DIVING INTO THE UNKNOWN single screening is November 17


For tickets and more information go here
Posted by Steve Kopian at November 09, 2016