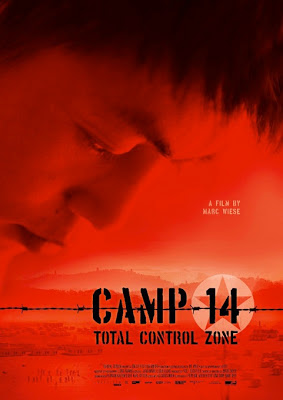 Until the final moments of Camp 14 no one in the critics screening made a sound. I don’t think anyone moved except to scribble a note. It’s the sort of film that creeps up on you and overwhelms you.

The film is framed as the story of Dong-Huyk who managed to escape from the North Korean prison camp that he had been born into a decade or so ago. Shin tells his story in fits and starts, to the camera and at a various conferences around the world. It’s a tale of pain and misery that is best heard from the lips of the man who lived it. Intertwined with his tale are the recollections of two other men from North Korea, one a camp guard, the other a security officer who spent time in the camps. Their stories of matter of fact brutality, where human life is worth less than that of a worm, are frightening. The casualness of it all is actually more terrifying than almost anything I’ve heard from Nazi Germany. Both men are fine upstanding souls, or so they seem, and it’s hard to imagine that they did anything terrible… which they did, things bad enough to make one of them frightened at the thought of a unified Korea allowing him to meet some of his victims. 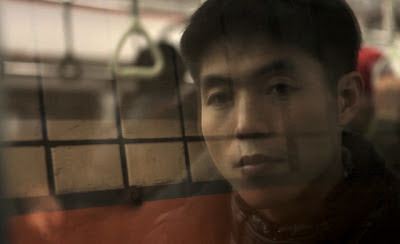 The real center of the film is Shin. His chilling story will leave you agape. Actually it’s not so much his story, but the eerie silences that fill the spaces between the words. Early on he says that his body may be in South Korea but it’s clear his mind and soul is in the North. The silences are painful and uncomfortable since it’s clear that he isn’t telling what happened so much as he’s reliving it. When he says that he doesn’t want to talk about it because he doesn’t want to be in that place you completely understand because you don’t want to be there either. 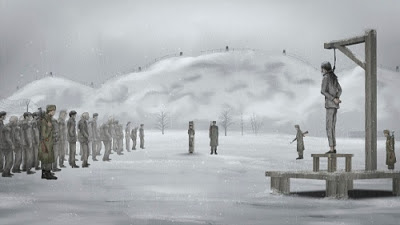 I don’t know what to say. I want very much to speak of the stories told in the film, but I think it’s best you experience them without warning and without being braced for the blows. (I’m hoping to prepare a more detailed piece on this film and The Act of Killing to run once The Act of Killing hit theaters in July- once you see both films you’ll understand why)

The film is a stunning masterpiece concerning a Kafkaesque society at its maddest. You owe it to yourself and humanity to go see this film

The film plays next Thursday and Friday. Detail at the Human Rights Watch Film Festival site. 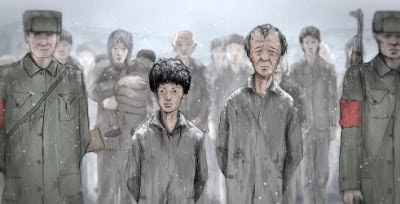