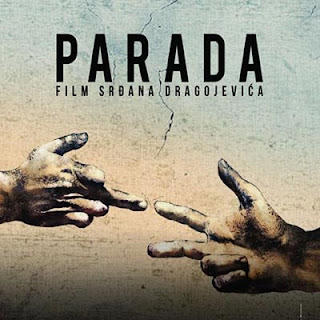 Bittersweet comedy drama has Mickey helping a gay couple try to stage a gay pride parade in Belgrade. He's an ex-soldier and security expert who teaches judo. More bull in a china closet rather than man of finesse, he's roped into the situation because one of the men, Mirko, is his wedding planner. I should also mention that Mirko's partner is the vet who saved his dog after he was shot. Because of rampant homophobia and because the police want no part of it, Mickey is forced to turn to his former enemies for help.

Managing to balance the light funny moments with some darkness, The Parade is one of the rare "message" films that is actually a damn good movie as a movie. Despite a tendency for many filmmakers to wreck a film with the wrong mixture of laughter and tears, director Srdjan Dragojevic manages to get it absolutely perfect. It's clear from the start where this is going to go and you're willing to go with it because you like everyone and it all feels right. Indeed dad it gone any other way the film would have been one giant false note. Here there nothing is false, it's just good people dealing with real life issues. 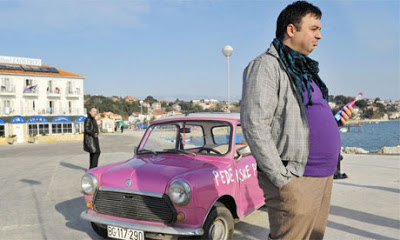 The film, which I've read was a monster hit in Serbia, pokes fun at the society that gave it birth. Attacking not only homophobia but also the macho society that gave it birth, the film clearly shows that there is no difference between any group. Hell, the film opens with an explanation of the various slurs used by the various groups to label every other group. No one is spared as all of humanity is shown to be prone to some sort of bigotry, which it finds pointless, since it's clear there are no differences.

I happily laughed and cried during the course of the film, with none of the emotion feeling cheap or contrived. Director Dragojevic earned my reaction by making one of the more surprisingly on target films of the year. This is a super super film and is worth seeing, not because it's a gay film or an issue film or a Human Rights film; you should see it because it's a damn good one. How do I know? Because when the film was done I wanted to start it all over again and spend more time with all of the people in it. 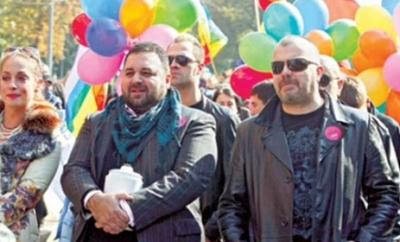