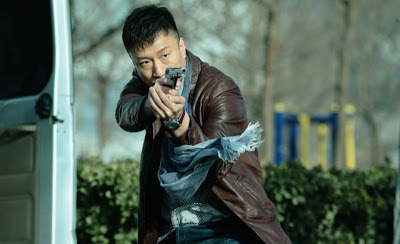 Johnnie To kicks ass once more with his Drug War.

The plot  has a police inspector discovering a drug manufacturer unconscious in a hospital. It seems a medical emergency brought on by his factory exploding occurred while driving and he crashed his car into a store.  The cop literally smells something fishy and has him placed under guard. This leads to the cop to getting the manufacturer to flip on his legendary bosses, but time is short since merchandise is in transit and for things to work they can't let on that he's been arrested. 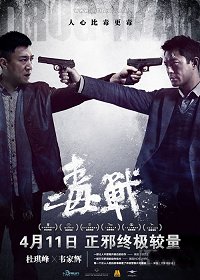 Johnnie To is a genius. He's created a wonderful film that pulls you in from its opening moments where you're wondering who are these people and what are they doing? By the time its clear whats going on you're hooked and in for the long haul. Best of all the reason you're watching is not the action, frankly until the last 45 minutes there isn't any really, you watch the film because you care about the characters. Okay you may not care about the characters as in you want them to be a friend sort of away but you do care enough to want to know what happens. Actually you care enough that a late in the game scene where one character speaks of the death of his family you're moved.

When the action scenes come- there are two killer set pieces late in the film- they are the sort of balls to the wall fire fights that make you sit up and say hello.

One of the MUST see films at the New York Asian Film Festival when it plays Friday....and if you miss it the film is hitting theaters at the end of July. 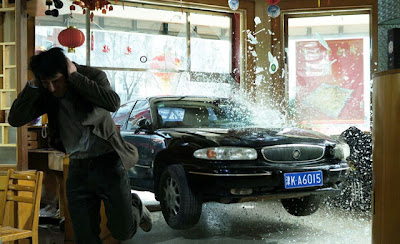