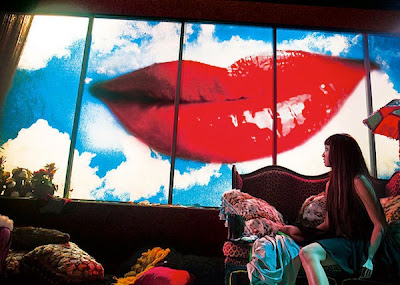 The thought  of what David Cronenberg would have done with this in his heyday was something that raced through my head several times while watching this film. Actually what I really was thinking was this would have been better with someone with less a visual style and more a grasp of storytelling.

Erika Sawajiri stars as  Lilico, a superstar singer, actress model,ect who is loved for her stunningly good looks. What very few people know is that the looks are entirely man made and require constant maintenance. But one's body can only take so much before it breaks down, and it does just as her life begins to go int free fall.

Director Mika Ninagawa is a fashion photographer by trade and every image is picture perfect as if it were ripped from the pages of Vogue. But to me there isn't much beyond that. To me the target of Japanese culture and it's throwing up so called Idols with frightening regularity is much too easy a bullseye to hit. I'm not sure if the source manga is the same way, but I would like to hope not. Because the visuals are so slick the film becomes a shallow film about shallow people.

I will admit that about a half an hour in I kind of became intrigued by what was going on. The flashy visuals ceased to overwhelming and the sex stopped vacillating between boring and titillating and I kind of got  interested in what was happening.  Unfortunately some where in the last third the film breaks apart as our heroine does and we see the world truly through her eyes which makes for some great visual sequences but would require lots of acid to make any sense. Add in about two or three too many endings and you have a film that really disappointed me.

And now the weird part- as much as I don't really care for the film the thought of seeing this on a big screen intrigues me. I'm very curious if the fact that I saw the film on DVD as an import is responsible for my reaction. Somehow looking at all the great visuals I sense that had I picked up a ticket and gone to see this at the Walter Reade in a couple of days, or at the Japan Society on the 13th I may have liked it more. If you see this on the big screen please leave a comment and let me know how it plays big. 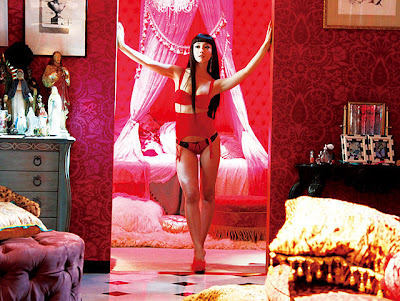