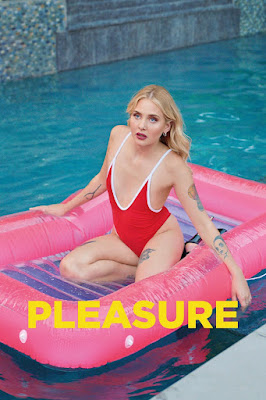 PLEASURE is a look at the adult film industry. The the story of an actress named Bella Cherry who wades into the industry wanting to be the best. However circumstances sends her up and down various pathways that may not lead to places she wants to go.

AT the same time its frank handling of the material and refusal to paint things as purely black or white, despite taking the familiar course, has me still pondering the  film a year later.

While not for all audiences it's worth a look for those curious.