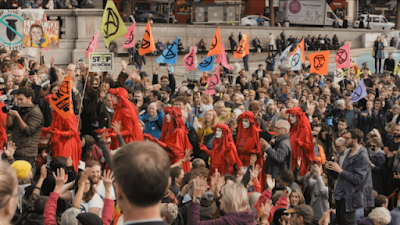 Rebellion is the story of the group Extinction Rebellion(XR) which seeks to make people aware that the we are running out of time in regard to out climate. The film charts the groups battle to make the government of England take the threat seriously. The film charts their acts of civil disobedience and  internal struggle to change from focusing on the climate crisis and instead make it about climate justice.

This is a good film but it’s not a great one.