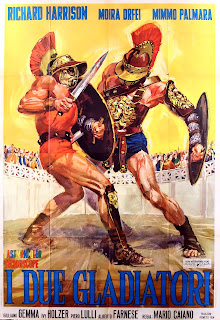 When Emperor Marcus Aurelius dies his son Commodus takes the throne. He is such an evil force a senator who knows he has a hidden twin brother runs off to find him and bring him back in the hope that he can seize the throne for good.