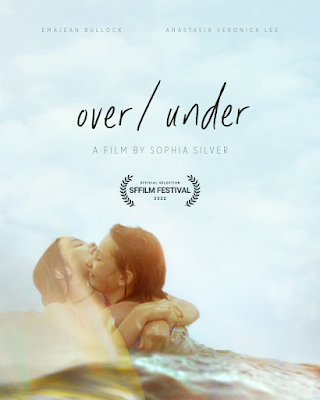 Violet and Stella  are inseparable nine year-olds having the best summer of their lives. When summer ends the pair head back to their lives. Over the next few years life, puberty and the world come calling and trying to change them and break their friendship.

This is a beautiful and lyrical film that has a great deal to say about growing up. It’s a film that has a wonderful eye that reveals what it’s like being a kid.  Granted the lyricism makes it less the literal truth, but it does give everything the polish that our memory will give events. Kudos to writer/director Sophia Silver and her co-writer Sianni Rosenstock for taking the closeness of their lifelong friendship and turning it into movie magic.

Kudos also to Emajean Bullock and Anastasia Veronica Lee as the two leads. Not only do they give wonderful performances but they possess the rarest of things, a natural chemistry that isn’t fake. Watching the early sections of the film I thought the characters, and the actresses were sisters. There is something bonded between them that is rare.

I really like OVER/UNDER a great deal.  It’s a gem of a film that is definitely worth a look.