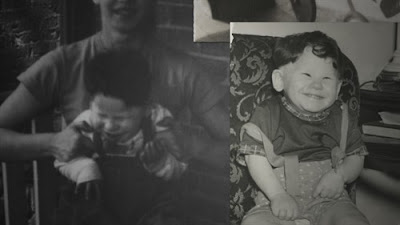 When director Barri Cohen discovered that she had two siblings she knew nothing about she began to look into the matter and find out what happened and why she never knew about them or any of the other children with various disabilities who were locked up in wards of hospitals by cruel system.

Apologies but I’m not going to review this film. The reason is not the quality of the film, rather it’s because I  saw this the day before my late mother’s birthday. Full of melancholy and sadness I waded into the film and found myself kicked to the curb by the film. The reason was that the like Cohen, my mother had a sister who was in and out of institutions like the one described in this film. Jean Marie had Downs Syndrome and was shuttled back and forth between a loving family and an uncaring institution. Watching the film I found all of the stories I grew up  hearing coming to life. The distance closed and as a result I find I can’t be objective.

That said this film kicks ass. It’s a window on time gone by when kids were locked away and destroyed by a system that was supposed to help them.  It was a system that wasn’t just in Huronia Regional Centre in Orillia but across the globe.