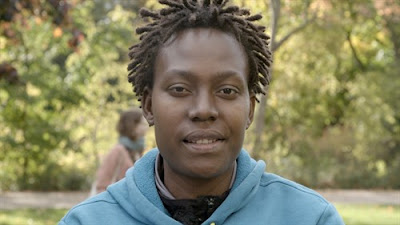 This is a look at women in the sports world and how they have to meet an ever sliding standard of what it means to be a woman. It started when some women were thought to be men in disguise. This lead to women having to be paraded before judges to make sure they really were woman. They next were forced to submit to genetic tests however there are abnormal genetic markers that blur the coding. Most recently the various governing bodies required a checking of testosterone levels however some women have high levels of the hormone. As the governing bodies try to be "fair", women are suffering since they can't compete in their chosen sport or are being forced to undergo unnecessary surgery to conform to what the various bodies want.

This film will make you angry. This is an examination of the insane things people with no clue are doing to keep their sports even level. The trouble is it's wrong on so many levels since it is forcing some arbitrary definition of what a woman is based on outmoded ideas. As one of the women says, their backward thinking is causing the lives of the athletes to explode, giving them no recourse.

Not only is it all sexist, after all men have not subjected  this nonsense to this degree, it all looks, and is, incredibly racist since many of the women being targets are women of color from Africa, India and not European countries. Clearly the fact that the women are not European ideal is a sin.

While I was aware of some what was going on I wasn't aware of how wide spread the craziness is and of how damaging the "rules" are. By the middle of the film I was truly pissed off and wanted to beat someone up for the stupidity of it all.

This is a super film and is highly recommended.

I'm sorry I can't say more-I'm too pissed off not to scream.