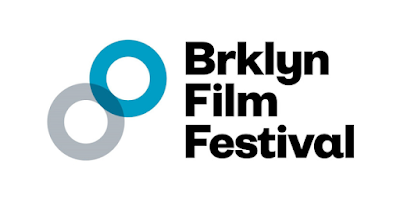 29 World Premieres to be Shown

BROOKLYN, NEW YORK, May 11, 2022 - Brooklyn Film Festival (BFF) announces the film lineup for its 25th edition, themed “Unthinkable.” The 2022 edition will feature 29 World Premieres, 21 US bows, 21 east coast debuts, and 36 first-time screenings in NY. In total, BFF will show in competition 143 features and shorts from 34 countries. The full lineup includes 12 narrative features and eight documentary features, highlighted in this release. The festival will also present 40 narrative shorts, 20 documentary shorts, 23 animations, and 21 experimental films. Furthermore, 19 films will play as part of one of the most successful BFF programs, now in its 18th year, KidsFilmFest.

Over the course of the 10-day festival, BFF will present 35 two-hour film programs online via the festival website, and the same 35 programs will be shown in person at Windmill Studios in Greenpoint, with select programs at Union Docs in Williamsburg. The online lineup will be available 24/7 for the entire 10-day festival. The indoor event will feature five programs a day on weekends, and three programs a day on weekdays. Each program is two-hours long. To find out more in-depth how the 25th BFF is going to work, both online and at our indoor venues, check the BFF’s website.

The full festival pass for indoor screenings can be purchased in advance, online. All purchased online tickets and passes for BFF indoor programs can be picked up at Windmill Studios once the festival begins. Online, BFF will sell each film category for $10 or $15, and a Full Festival Pass for $35. All passes will be valid 24/7 from June 3-12.

For the first time working with BFF, the 2022 advertising campaign created by MullenLowe New York invites people to keep an open mind and consider thoughts, ideas and nuances that don’t align with their own. If art is raw and unadulterated honesty has become offensive, then the Brooklyn Film Festival has something to offend everyone. The promotional spots can be seen here.

Below is a partial line up of feature films in competition this year. For further info on all the films, passes, and tickets, please visit BFF website.

Two first generation Ukrainian-American brothers, George and Iggy, know they are destined for great things. George is a wannabe business scion festering in a cell phone store. Igal is a small-time, pot dealer and an aspiring rap mogul. They are stuck together in a suffocating studio apartment in South Brooklyn, and are constantly at each other’s throats.

Signs Of Love takes place in the Port Richmond section of Philadelphia, a tough neighborhood where cultures mix but the law of the streets still rules. Hopper Jack Penn stars as Frankie, a young man from north Philly who dreams of a better life.

An urban loner fights for a chance at redemption when she's invited to her estranged BFF's bachelorette party.

Eager to write her next novel, "Violeta,” Ana joins the "End of the World Residency,” a well-known literary lab in the Andes Mountain Range. There, she meets Holden, a charismatic leader and creator of a method in which artists abandon their own lives to live as their characters.

In the 1960s, at the height of the Space Race, a 23-year-old French geologist named Michel Siffre went to live in an underground cave for two months. Siffre investigated how the human body deals with extremely long isolation in a confined space, and how our sleep cycle responds to the absence of daylight.

US Premiere of PEDRO BETWEEN THE DEVIL AND THE DEEP BLUE SEA; Dir: Laís Bodanzky, Brazil, Portugal, 107 min, 2021, Narrative Feature

It is 1831 and Pedro, the former emperor of Brazil, gathers physical and emotional strengths to face his brother, who usurped his kingdom in Portugal. The film is set on the Atlantic Ocean, aboard an English frigate, in which members of the court, officers, servants and slaves mingle in a babel of languages and social positions.

Marlena struggles with a serious marital crisis due to the alcohol addiction of her husband, Zbigniew. Via the Internet, she meets Bruno, a Senegalese, who brings back Marlena’s self-confidence and sense of womanhood. However, it turns out that the man plans something rather different for her than building a relationship with her.

A young circus performer, Poppy Valentine, is stuck under the harsh demands of her father and their community's expectations. But while on a quick night out to let loose and have some fun with her friends, she finds herself captivated by small-town America, which then forces her to question everything.

When his estranged daughter tragically dies, a washed-up musician sets out to complete the last song she wrote, hoping to somehow redeem himself and let her rest in peace.

Based on the novella The White Ship, by Kyrgyz writer Chingiz Aitmatov, Shambala tells the story of a lonely, impressionable, seven-year-old boy who lives in a protected forest, high in the mountains, with his grandfather, step-grandmother, auntie and uncle.

Part comedy, part self-help nightmare, Wake Up, Leonard follows one man’s quest for wellness while failing miserably to stay on his vibe. This is the story of a broken-hearted seeker with a tenuous grasp on his mental health, but an admirable faith in the Universe.

After a tragic loss, Dezi, a jazz musician, flees in an attempt to rebuild his life, only to find himself haunted by the truth of his past.

Hope: Stories of Survival is the first full-length documentary that The Salvation Army has produced. Joe Pritchard, the director of this film, has spent over a decade with this organization, directing short films with the support of his amazing team.

Fashion Designer and Mogul Elie Tahari, has been living the American Dream for more than 50 years. He came to New York in 1971 with less than $100 in his pocket, slept on benches in Central Park, and went on to build a billion-dollar fashion empire.

Communist ideals have long lost their value in Yiwu, a city with 600 Christmas factories, in which Christmas as we know it is produced for the entire world.

This is the story of the little record label that could! Founded by the great John Prine and his two managing partners, Al Bunetta and Dan Einstein.

Drowning in Silence is an intimate and brave directorial debut from Chezik Tsunoda, documenting her quest for answers and personal journey of healing in the midst of a tragedy.

Charles Booker rode to the brink of one of the biggest upsets in political history. The documentary follows his campaign across Kentucky, from the most urban to the most rural settings.

These days, everyone’s shooting analog. Whether it is a fashion house seeking out "new” creative or an amateur perusing eBay, analog film photography has piqued the interest (and search history) of people everywhere.

The organizers of the Brooklyn Film Festival have been staging International, competitive film events since 1998. BFF's mission is to provide a public forum in Brooklyn in order to advance public interest in films and the independent production of films; to draw worldwide attention to Brooklyn as a center for cinema and to encourage the rights of all Brooklyn residents to access and experience the power of independent filmmaking; to promote artistic excellence and the creative freedom of artists without censure. BFF, Inc. is a 501(c)(3) not-for-profit organization.

For more information about the KidsFilmFest, visit www.KidsFilmFest.org. For inquiries about the event contact: nina@wbff.org. .

Email ThisBlogThis!Share to TwitterShare to FacebookShare to Pinterest
Labels: BrooklynFF 2022