A few words on Hospital of the Transfiguration (1979) 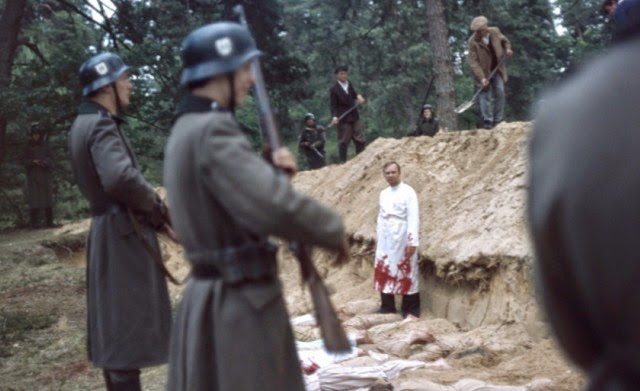 New doctor arrives at psychiatric hospital. He soon realizes that the doctors are a crazy as th patients. However things become complicated when the Nazi's arrive.

I'm trying to work out how this film fits into the category of science fiction. More a drama than anything else the film's only real connection is that it was written by Stanislaw Lem who wrote the source novel for the films Solaris as well as many others.

To be honest I don't know what to make of the film. Its a good film but outside of the intrusion of the Nazi's there isn't much new here, even if some of the film is greatly disturbing.

Is it worth trying? Yes. Will you consider it one of the truly great films you've seen this year? Probably not. Personally I'm glad I saw it but I'm not sure I'll watch it again, then again I may down the road simply so I can feel I've given it a fair shake and taken it on it's own terms.

Hospital of the Transfiguration plays Monday at Lincoln Center as part of Strange Lands  look at International Science Fiction
Posted by Steve Kopian at August 22, 2014