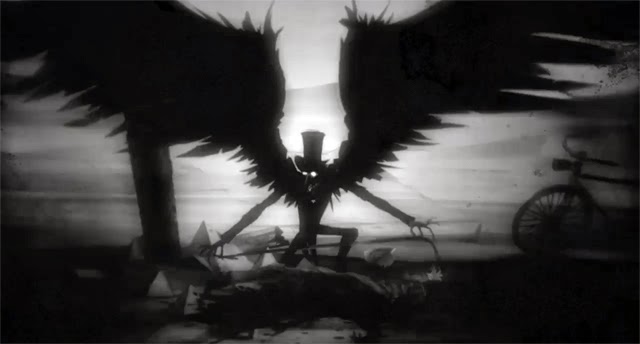 Twisted animated film about the town of Blackwater fearing the coming of the Undertaker. When the Undertaker appears someone is going to die. When a singer's song seems to make the fear figure appear the town feels it has to do something to save itself.

A disturbingly violent film that kind of goes over the top in it's final minute this is a nasty little confection that just seeks to get under your skin. Made with a highly stylized palette one can't help but feel wrong the minute that the film starts. Nothing has happened yet and already we are on edge. Things rapidly get worse between a preacher who preaches about destruction putting the fear of god in his congregation  and a seemingly godless  singer who puts the fear into the preacher by singing of the Undertaker.  By the time things turn violent we're extremely wound up.

Decidedly not for all tastes this is a film for anyone who ever loved the blackest EC comics.