Patema Inverted opens Friday at IFC and is a must see 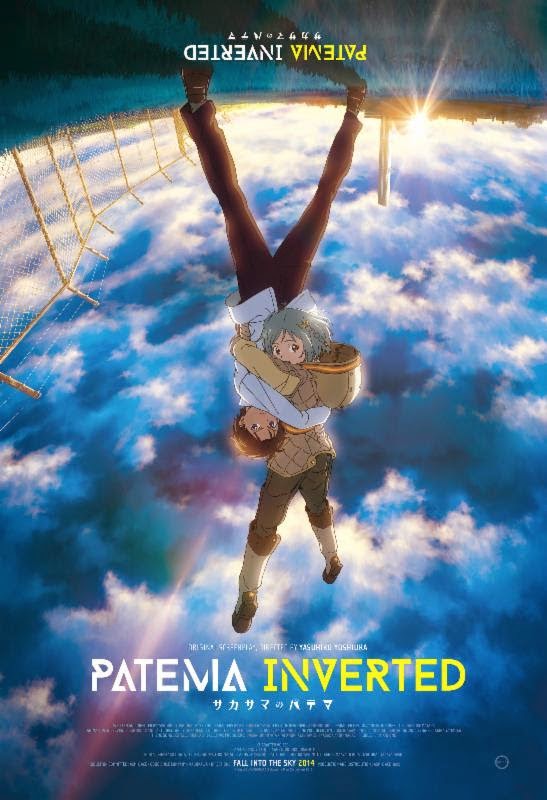 The animated film Patema Inverted opens Friday in New York. I saw the film back at this year’s New York International Children’s Film Festival. If you want to see something that is going to make you think I highly recommend you get down to the IFC Center and see Patema Inverted.

He’s my review from earlier this year:

FromYasuhiro Yoshiura the director of Time of Eve, come Patema Inverted a trippy science fiction film about the world, literally turning upside down for some people.

In the years after an experiment to harness gravity as a means of energy went horribly wrong, some people live what we would call right-side up, while other people live the opposite way and when they fall they fall up into the sky, this group has retreated into the bowels of the earth and never venture to the surface.The Surface world is a quasi-religious civilization that wants to keep things earth bound, and to eradicate the sinners who fall up. One day when Padema is exploring she falls to the surface where she meet Age, a boy who wants to fly. The meeting sets in motion a clash of worlds that will change everything

Wild crazy film messes with your sense of reality over and over as the POV shifts repeatedly so we see the world from the various characters point of view. Its brilliantly done in a way that only movies, and animated movies can do. Its a visual masterpiece that must (no really) must be seen on a big screen.

While the story of the clash of worlds has been done to death, the visuals carry the film for 99% of the film. It doesn't hurt that the film sets up a rich world, or worlds (3 or 4 at least) that bleed off the screen and make you want to go explore in them.

If there is any flaw in the film, its the final couple of minutes which made me wonder what exactly I was seeing.

Momentary final reservations aside this is one to track down, especially if you like mind game films.
Posted by Steve Kopian at August 27, 2014