Nightcap 8/10/14 Looking back at Fantasia, Menahem Golan has passed, the Maids in three sentences and links 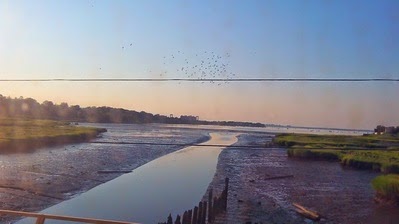 Fantasia has ended and now we, or I, or the whole lot of us is taking a much deserved rest until September. Yes we’ll have some new releases and some odd festival coverage (a film here or there-) but I think largely it’s straight on until morning or the New York Film Festival.

Personally I think the best way to end the spring/summer festival season is Fantasia. I say this because for a couple of weeks I get to watch various genre films that span a variety of genres that aren’t all one thing. Additionally because of how we cover the festival it’s not completely overwhelming like New York Asian or Tribeca.

The real joy of Fantasia is that it’s one of the rare festivals where even if I don’t like a film, I know why it was programmed. I mean I didn’t like films like Dys- or Cybernatural but at the same time I knew why they were playing the fest.(And both won awards in the end so what the hell do I know?)

No wait I lied, the real joy of the festival is that I got to see some really cool films that I might not have noticed otherwise. In that spirit I’m not going to do a best of Fantasia, rather the really cool you must track these films down list:

Patch Town- wonderfully off kilter musical fantasy about a toy company and the toys, and people that come from the cabbage patch. It’s a wonderful film about family and hope and life. It also Stars Julian Richings who blew my mind with his ability to slip in and out of a variety of roles in films at the festival.

Ejecta- Alien invasion story starring the aforementioned Richings. It works thanks to his performance as a UFO believer who knows we shouldn’t be messing with the visitors.

Dealer-proof too much is a good thing. Fantastic crime story with style and story to burn potentially announces the arrival of a new director to be reckoned with

Dancing Karate Kid- crappy title charming and disarming film. This why festivals like fantasia exist to make you notice gems like this

Mark all of these film s down and keep an eye out for them because they are coming your way
---
Menahem Golan has died.

With all the craziness that is going on I have to step away and note the passing of an man who changed films. He was the guy who gave us Chuck Norris, the later Charles Bronson films, Jean Claude Van Damme, Stallone films,ninja movies and the Lemon Popsicle films. He produced a Godard film that had Wood Allen in it, he did Barfly, Runaway Train, Love Streams. Making highbrow films by making money with low brow films.

He changed how we see action, stars and entertained the world.

He was a showman of the highest order. He will be missed.
---
Anyone know how to handle the question of seeing too many similar films with in a short period of time?

The problem in a nutshell is that in the last year or so US distributors have released a good number films where a farmer leaves his farm for the big city and gets involved in crime. All were made in different countries. All were made independently of each other, but all ended up in the US at the same time. The result is that my review of an upcoming film with the same plot was influenced by the earlier films. I know had I seen it fully on its own I would have liked it more but with four or five similar films in the last four months plus a few more going back a year it was hard to see it for itself.

I'm working on what to do, but its hard to figure out what to do so I can be fair.
---
Yesterday Hubert and I went to see THE MAIDS at City Center in New York. Its a revival of the Jean Genet play with Cate Blanchett and Isabelle Huppert. The performances are amazing and I can't believe that they do that every night.  As good as Blanchett is Huppert is her equal and it was great to see them battle it out on stage.

If you can get tickets, at a human price (The"best" seats are 350 bucks before scalper inflation) go

(A longer review maybe coming)
---
The march toward The New York Film festival has started for us with the annual credentialing mambo.  I know I'll be going to at least ten films because I bought a subscription pack. I know the majority of films haven't been announced nor do I know what the schedule is but even if I end up credentialed I fully expect to be going to at least ten films, maybe more outside of press screenings because in the last few years I always do.
---