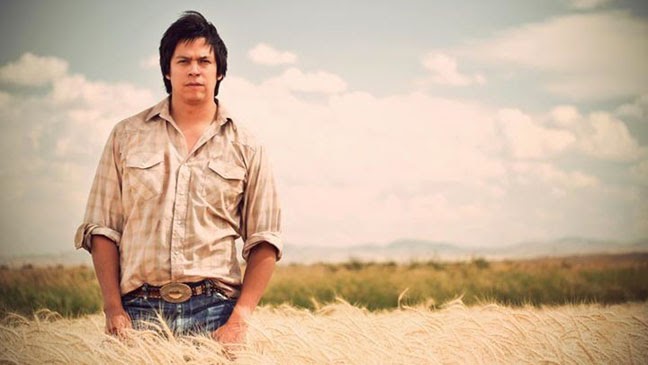 The easiest thing I can say is see this movie. This is a stunner. Its a quiet gem of a film that surprised the hell out of me and is so good that I can wait until I can't to sit down and see it a second time.

By all rights I should not have bothered to see this film. I swore up and down that I was not going to see any film for review until the New York Film Festival  unless I really wanted to see it. It was going to have to be one of those big blockbusters or high profile films. And then I got an invitation from the PR people and I did what any rational person would have done I filed it away-only to come back to it three days later and go, "you know I should see that." I have no idea why, just a change of heart, but I decided to wing it... and all I can say is I'm absolutely thrilled I did.

Being dead ain't so bad once you get used to it

Based on a a 1974 novel Winter in the Blood tells the story of a Native American named Virgil. Waking up one morning in a ditch her returns home to find that his wife has left him taking his rifle and his electric razor. He doesn't care about the razor but the rifle is very important to him. Setting off to recover the gun Virgil finds that he is in-between, that it's not only now, but the past and that mixed in with all of that the spirits are appearing to him

I don't know if this film is going to work for everyone. This is a very deliberate film. Scenes can seem long. The narration and some of the dialog is very literary, and I'm guessing because it was lifted from the novel. The result is a film that is as close an approximation to a novel on film as we are likely to get. Words form pictures, images blend together to create something greater, time blurs and we are in the head and heart of our hero.

Watching the film I felt more like I was reading a novel then seeing a film. There is a weight to everything. There is an importance to each image and word as if directors Andrew and Alex Smith measured out each sequence precisely so that it's effect would be perfect both with in the short term for the scene it self but for the overall picture of the film itself. Its rare that any sort of film is this perfectly constructed, especially to the point where you can admire the design and yet lose yourself completely in the tale.

If you read my reviews with any regularity you know I can nitpick, you know I can say "well it was good but...", but I really can't do that here. Yes there are things that didn't work in the moment, but the whole is so good, so wonderful that I can't in good conscious mention them. Sitting here staring at my notes I'm like yea I see a problem, but the over riding feeling is it doesn't make difference.

That doesn't mean some of you won't like it. The literary quality of the dialog and narration may annoy some of you, others by the fragmented structure, still others by the pacing. On the other hand if you can click with it, if you can give yourself over to this film then you'll have a wonderful experience.

This best sort of literary adaption opens Wednesday at the IFC Center in New York and a platformed roll out will follow. Do yourself a favor and make an effort to see it. Trust me, even if you don't like it I'm guessing you'll at the very least realize that the film is something special.
Posted by Steve Kopian at August 18, 2014