If you didn’t realize it Christmas is coming. Actually the whole year-end holiday season is upon us from Chanukah, Christmas, Kwanza, Festivus and New Year (not to mention a whole slew of friends birthdays) are rapidly approaching. This is time of year when we are flooded with holiday movies and specials all aimed at getting us in the mood to deal with our families and friends.

Everyone has their own favorite holiday films and traditions. We at Unseen are no exceptions, we all have favorite films and specials that we watch every year and hold as something special.

For me, a guy who collects Christmas films and music, I have three films I always go back to: 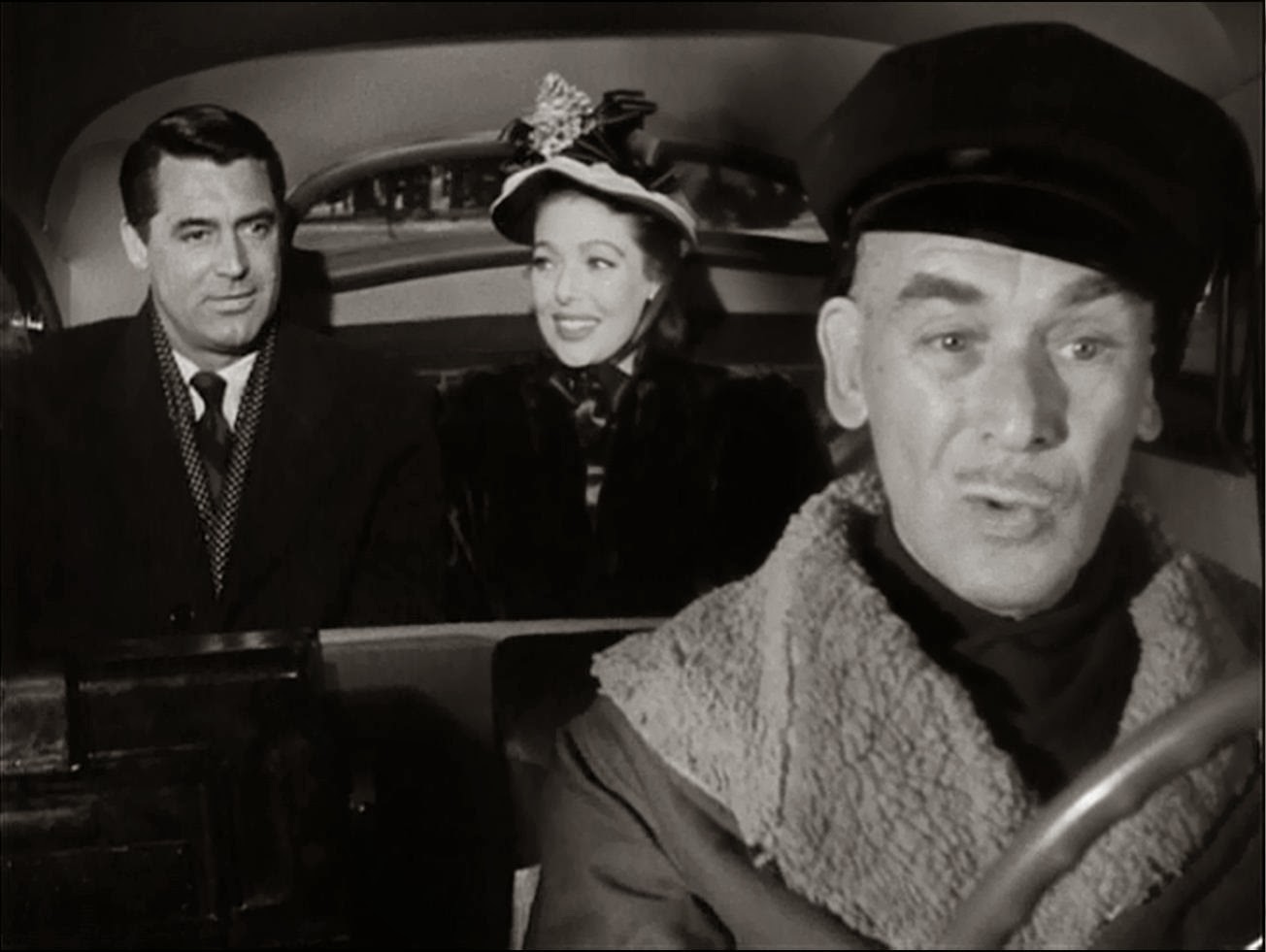 The Bishops Wife with Cary Grant and Loretta Young. To me this holiday tale of an angel come to earth to help a bishop and his wife is my idea od what we are looking for at the holidays, not the material things but the feelings the interaction with friends and family brings. Its also weirdly one of my most spiritual films with something about it clicking into my universal view.

Closer to the way things really are is The Holly and The Ivy. This little British film is about a family full of secrets who come together to not fix everything but begin the healing process. Things are not all better at the end, instead they have been simply deflected into a more hopeful direction.

Albert Finney’s Scrooge is my choice for favorite version of a Christmas Carol. There was something about seeing this at the former Felt Forum (now theater at Madison Square Garden) when I was a kid cinched it for me. I love the music, I love the change in Scrooge. There is something about it that makes me smile.

Weirdly possibly the best representation of Christmas magic comes from the grossly under seen Always Sunset on Third Street-. This Japanese slice of life spawned several sequels. There is a sequence in the film that takes place during Christmas which had me replaying it over and over again when I saw it the first time. It’s a short little bit of a the film but there is such a flash of magic in it that it has stayed with me despite the rest of the film getting jumbled up with the sequels

Earlier this week I sent off an email to the Unseen family and several friends and I asked them what are their choices for Christmas films that people should track down. Here are the responses I got back-

My brother Joe sent me a list of films he loves: 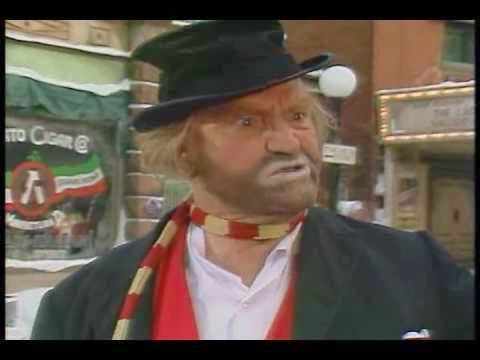 The Gathering, Ernest Saves Christmas and of course Scrooge. The Bishops Wife and We're No Angels.

And there was always, Freddy The Free Loaders Christmas with Red Skelton. I had never watched it. Then one of the last times it was on I watched it and it was really good and they never showed it again.

The Ref is also a Christmas film.

Hubert chimes in with: 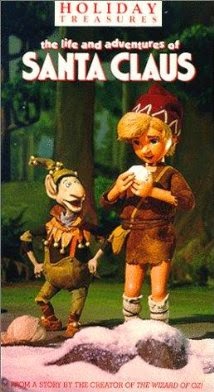 An unsung Rankin & Bass stop-motion film, The Life and Adventures of Santa Claus is a Santa origin story in which he was an abandoned child raised by a lioness and a fairy. There's a battle between a Gandalf-looking guy with a magic ax and an army of darkness, and framing narrative that involves a druidic council determining if Santa deserves to be an immortal. Based on an L. Frank Baum novel (yes, that L. Frank Baum), this may be one of the odder and more badass Santa Claus stories around

Matthew Monagle aka Lab Splice columnist at Paracinema, The Daily Grindhouse and various other places seemingly goes off the board but lands on target with: 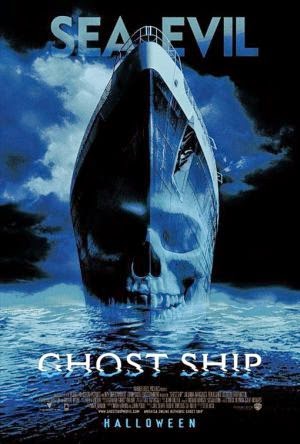 I know this won't be a popular opinion, but one of my favorite parts of Christmas is sitting down to watch a movie with my parents. For most families, this would mean one-and-a-half iterations of A Christmas Story on TBS. For us, this always meant horror films and Lord of the Rings. My mother is the dominant movie-watcher in my household; when they sit down to watch something, she usually pulls up some new creature feature off Netflix and subjects my dad to ninety minutes of low-budget schlock. The one movie she loves most of all - mostly because of its wonderful first ten minutes - is Ghost Ship, starring Gabriel Byrne and that cocky detective from Dexter. It's not great, but it's beloved in the household, and that means it has a soft spot in my heart. As for my dad? All Lord of the Rings, all the time. The holidays is usually when he embarks upon an epic re-watch of all three extended editions, back-to-back-to-back. Maybe Ghost Ship and LOTR is not the typical Christmas re-watch in your household, but in mine, they're just as festive as mistletoe and gingerbread houses. 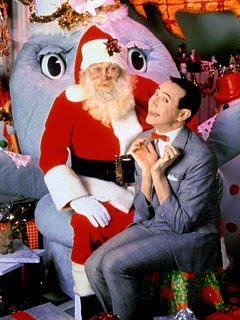 Christmas at Pee-Wee's Playhouse: Pee-Wee always embraced a childlike quirkiness in his work, but it's never on bigger display than in Christmas at Pee-Wee's Playhouse. The strange group of celebrity guests stars (everyone from Grace Jones to K.D. Lang to Little Richard) and the kind-hearted lessons taught here feel oddly out-of-time and continue to bring delight more than 25 years later. 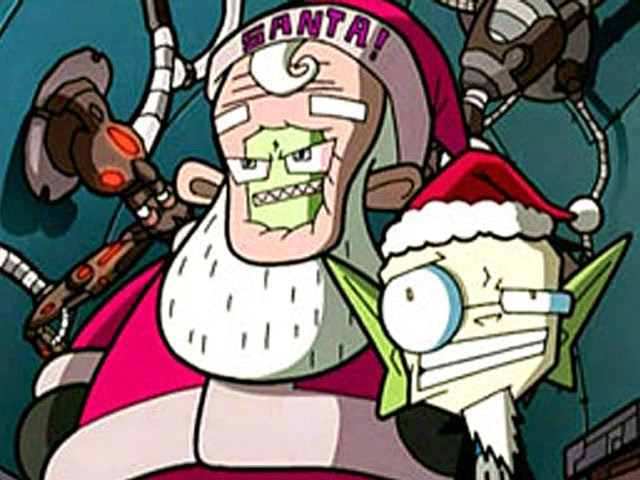 Invader Zim: The Most Horrible X-Mas Ever: Invader Zim was one of the weirder things to ever appear on Nickelodeon (let's give the creator best known of a comic called Johnny the Homicidal Maniac his own cartoon for kids!). So, of course any Christmas special was going to ramp up the show's often bleak humor. Zim decides to take over the world by impersonating Santa and things don't quite go as well as he thought (as things tend to do for Zim). It's a playfully dark antidote to the season's usual overt sentimentality.

For me, Christmas always means one thing: watching Jewish films, because I really start working on NYJFF screeners during the company break between Christmas and New Years. However, if there is one Christmas movie I could re-watch it would be the French serving of Bah Humbug diplomatically translated as SANTA STINKS. I covered it a few years ago when MoMA programmed it and its a thing of shameless beauty:


And I have to ask what are your choices for must see holiday films/specials? Either respond below or email me. If I get responses I’ll post them next week.
---
The video at the top is from Melanie the daughter of Sam Juliano, one of the minds from Wonders in the Dark and a good friend. The film won the Jersey Filmmaker of Tomorrow Award
---
And we end with more of Randi's links: