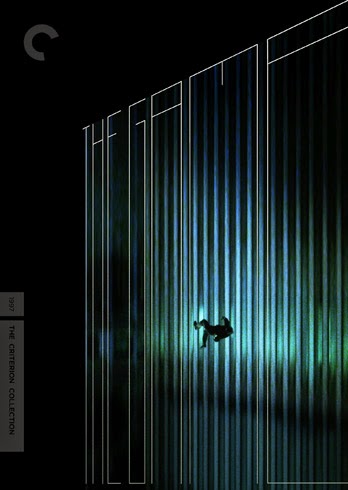 David Fincher’s film The Game is impossible to write about or talk about until all the parties involved in the conversation The reason for this is that the film is so twisty that in order to really to talk about it you have to reveal what’s going on. Additionally it’s a film that completely changes once you know what the film is.

The plot of the film has Michael Douglas’s brother (Sean Penn) enrolling him in a something called The Game. The Game is supposed to be some sort of adventure game, which Penn thinks his stick in the mud brother could use to lighten up and get away from the troubles in his life, but something goes horribly wrong and Douglas gets drawn into some criminal enterprises and finds that the people behind it all are attempting to not only get money but destroy his life completely.

Assuming you lose yourself in the film The Game is one hell of a ride. It’s a crazy bat shit thriller that is the cinematic equivalent of the best amusement park thrill rides. You don’t know where it’s going, it’s impossible to see over the next hill or around the next bend. It kicks your ass for most of its running time in ways that few films ever do.

And how you feel about the film will be determined by how you feel when the end credits roll. You can’t know what that will be until you get there. Some people love it, some people hate it. Simply put The Game isn’t over until the film really ends.

The trouble with the film is that because of its literal thrill ride construction viewing the film a second or third time doesn’t work or it works as differently. When you see the film a second time you become very aware of all of the connections of events so what the film is is not what it was. It’s a film where you see all of the machinery. Its still good, but it’s not the great thing it was the first time you see it. Later viewings of the film frequently don’t happen. I know people who loved the film the first time through, liked it the second and then never watched it again.

What does this mean for those of you who have never seen it. It means that you should read as little about the film and then find a copy and watch it. As I said it’s a kick ass thriller.

And If you get the Criterion edition doubly don’t read anything on it. Just watch the movie and then go through the extras which will tell you how Fincher and his crew put together a super tight thriller.