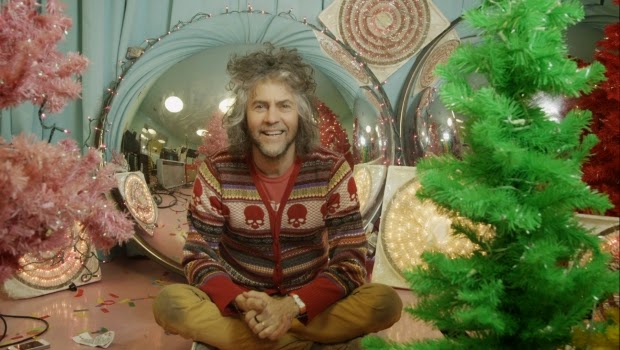 During DOC NYC, Steve noted that Mitchell Kezin's documentary Jingle Bell Rocks! was one of the can't miss movies of the festival. Kezin's film is a charming look at Christmas music fanatics, record collectors, and the people responsible for some beloved and lesser-known Christmas songs. The film's now available on DVD and VOD, and can be seen at select screenings throughout the United States thanks to the people at Oscilloscope.

One of the fascinating aspects of Jingle Bell Rocks! is its focus on the collector's hoarding urge, and yet the film eschews many Christmas standards--"Have Yourself a Merry Little Christmas" and "Silent Night" are too obvious, "Grandma Got Run Over by a Reindeer" gets unexplored, and ditto the perennial favorite A Christmas Gift for You from Phil Spector. (Jingle Bell Rocks! doesn't even mention "Jingle Bell Rock," as far as I recall.) And yet that's a part of the joy. The collector impulse is sometimes about eclecticism and rarity over mere completism; hidden gems, intriguing also-rans, the sort of songs and records that make an impression now because they are viewed as artifacts rather than clutter. It's more than just rediscovering Christmas music, it's a kind of obsessive cultural archaeology, with many songs tied to their time and cultural events, like Vietnam and the Civil Rights Movement.

The thrill of the hunt fuels several segments in the film, where collectors sift through bins at thrift shops, yard sales, and record conventions in search of oddball and forgotten Christmas music. Christmas music sometimes gets categorized under children's music. It's as if in the world of music sales the whole genre of Christmas music is the sonic equivalent of the Island of Misfit Toys. That may be why the most raggedy and silly-looking Christmas songs get bought by collectors, though there's also a kind of unbridled earnestness in Christmas music that cuts through the veneer of kitsch. It's the magic of Christmas (and kitschiness) that helps otherwise crummy songs become their own wonderful misfit things. (Thanks to Jingle Bell Rocks!, "Santa Came On a Nuclear Missile" from The American Song-Poem Christmas anthology is now a personal favorite.)

There's also another important aspect to Jingle Bell Rocks!: music curation. Bill Adler, music journalist and former publicist for Def Jam, is one of the central focuses of the documentary because of Christmas Jollies, his annual Christmas mix-tape/compilation. John Waters also makes an appearance to talk about his Christmas compilation and how it ties into the Baltimore he grew up in. The creation and sequencing of a mix can be serious business, and part of the joy of the mix is showcasing rare finds by unheard artists and sharing them with others. Good mixes are like presents, and they're also potentially biographical or autobiographical, and with each song and song-transition there may be a personal message or hint of meaning or a story about how this track was found and first heard. 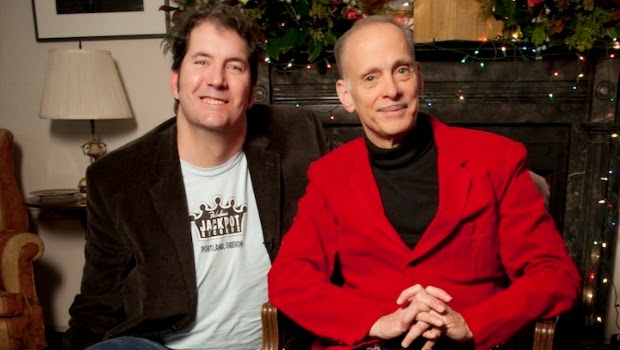 Kezin's filmmaking and structure for Jingle Bell Rocks! merges the eclectic obsessiveness of music collection and the personal narrative of mix-tape-making. Rather than attempting comprehensiveness, Kezin discloses his personal attachment to songs, and why they mean what they mean to him. It's pretext to explore certain artists and figures who wrote the Christmas music he loves and to then learn the stories embedded in the songs they wrote. During a DOC NYC Q&A, Kezin noted that he tried to interview James Brown, likely for the glory that is James Brown's Funky Christmas, one of the best Christmas records ever made (fact, not opinion). Brown sadly passed away before Kezin had a chance to speak with him.

Jingle Bell Rocks! is amoeba-like in shape. While Kezin's own attachment to Christmas music is the throughline, the personal journey takes various sidetrips to its conclusion, and some of them are more intriguing than others. Yet there's still a glee about the whole film, like Kezin is giving a tour of his own personal Christmas record collection and talking you through some of his favorite possessions. It may be best to think of Kezin's documentary as a kind of themed mix-tape with extensive liner notes, ones written by many and that take the form of an oral history--a Christmas gift to you from Mitchell Kezin.

For more information, visit jinglebellrocks.com.
Posted by Hubert at December 10, 2014