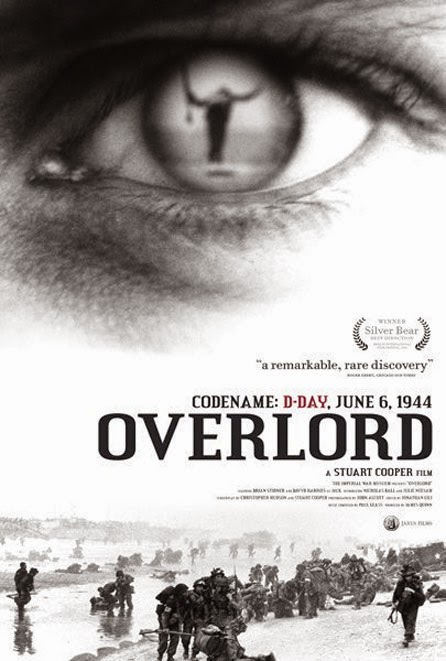 (this is a repost and slight revision of an IMDB piece)

In honor of Ken Burns' The War I pulled out the recent DVD release of Stuart Cooper's Overlord to see things from the English perspective Overlord concerns a soldier named Tom from the point at which he leaves home to report for military service to the landing on D-Day. We follow as Tom trains, makes friends and generally waits for his part of the war to start. Shot in black and white to match a great deal of inserted footage from the time this is a soldier's life during wartime English style.

Re-released in the US a year or so ago I remember the reviews being nearly perfect and I looked forward to getting the chance to see this "lost classic". Finally watching the film I'm left wondering what all the shouting has been about. Don't get me wrong, its a good film, its just the great one that some pundits, like Roger Ebert seemed to make it out to be.

Essentially a film about waiting this film is merely a slice of life for the English soldier on the eve of the great invasion. We watch as Tom and his men are shunted around, we see their training, we see footage of the war from the air, and we watch as the men just wait around. There is more to it than that but for me its an 80 minute march to a foregone conclusion. It great to look at with some stunning sequences of old footage (flights over the countryside and air combat) that looked great on the 42 inch TV in the living room, but the film really didn't have much beyond that. Tom the central character and emotional center is too melancholy and morbid (he's certain he's going to die) that the film seems more incredibly sad if not incredibly distant. Why would any one want to be around him when he seems mostly to sulk and brood, even when he's falling in love with a girl he meets at a dance. The film looks stunning and on a technical level its a masterpiece of combining old with new footage.Clearly we are there, but with a central character such as the maudlin Tom Beddoe its not really a place we want to be no matter how good it looks.

A disappointment (its good but not great) thats worth a look.
Posted by Steve Kopian at December 15, 2014